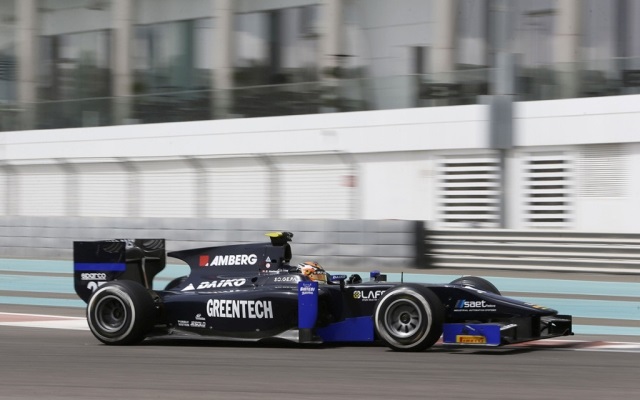 The 22-year-old racer has been competing in single-seaters since 2009, spending two years in Formula Renault 2.0 Switzerland culminating in the championship title.

He then continued in GP3 but after a season with no points he moved on to Formula Renault 3.5.

Amberg spent two seasons with Pons Racing, during this time he collected nine points with a best result of sixth in Barcelona.

Last year he decided to stay for a third season, switching to AVF, which turned out to be more successful. Amberg took his first podium in the category in Moscow and finished 11th in the standings.

?I?m really happy to join a team like Lazarus,? said Amberg. ?Taking part in the GP2 Series is a huge challenge for me. I want to thank everybody who made this possible. I really can?t wait to start?.

He?completes the Lazarus line-up for this season, joining the returning Nathanael Berthon.

Alongside his GP2 campaign Amberg will also race an LMP2 car in the World Endurance Championship with Japanese-Swiss outfit Team SARD Morand.