Will Palmer takes another clear win in race three at Silverstone 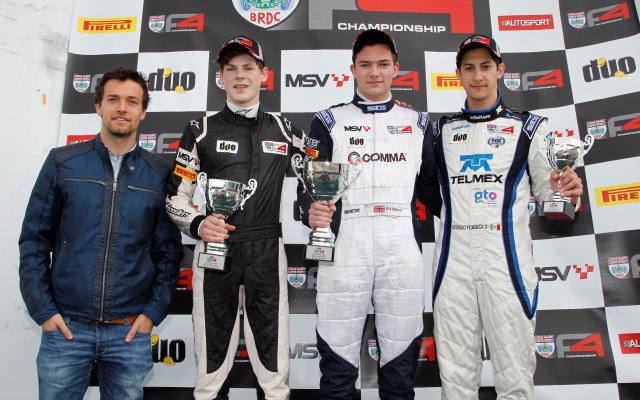 Will Palmer claimed his second commanding victory of the BRDC F4 weekend at Silverstone in race three.

As in race one, championship leader Palmer led from start to finish and was 8.292s clear of his HHC Motorsport team-mate Harrison Newey at the end of the 10-lap race.

Newey fought his way through to second from fifth place in the early stages, while Rodrigo Fonseca came through to third past Jordan Albert.

Guest driver Riki Christodoulou beat?Ciaran Haggerty to fifth, while former points leader Chris Mealin ended a tough weekend by driving through to seventh from 17th on the grid.

The top 10 was completed by Akhil Rabindra, Sebastian Lanzetti and Tom Jackson.

Zhou fends off Aron to complete hat-trick at Monza