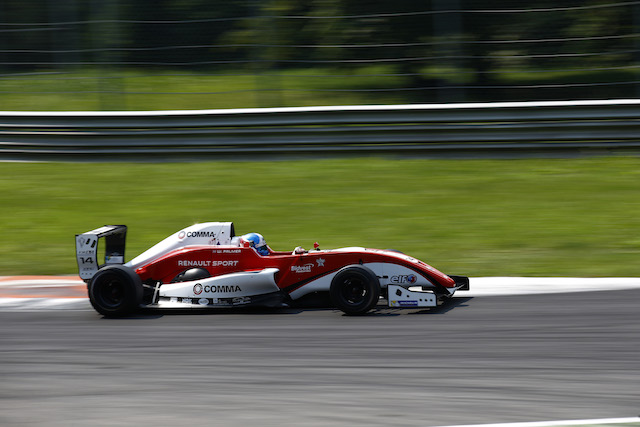 Will Palmer will continue in Formula Renault with the R-Ace GP team in 2017, focusing on a Eurocup title bid.

The 2015 BRDC Formula 4 champion finished seventh in his rookie Eurocup campaign this year after taking his first win in the category at the final round in Estoril.

He also scored three podiums in a parallel NEC campaign, but next year will focus on the Eurocup, when it expands from seven to 10 events.

His continuation in the Renault Sport-organised series comes as older brother Jolyon prepares for his second year with the French marque’s Formula 1 team.

R-Ace GP fought for the 2016 Eurocup and NEC titles with Max Defourny, and first worked with Palmer on his one-off debut at Silverstone in 2015.

?I?ve learnt a huge amount in my first year racing in Europe, and after a strong end to the year as well as a very promising post-season testing program, I?m very confident of fighting for the title next year,” said the 19-year-old.

“I worked well with R-Ace GP this year and I have absolute confidence in everyone in the team to give me the best opportunity possible to deliver next year.”