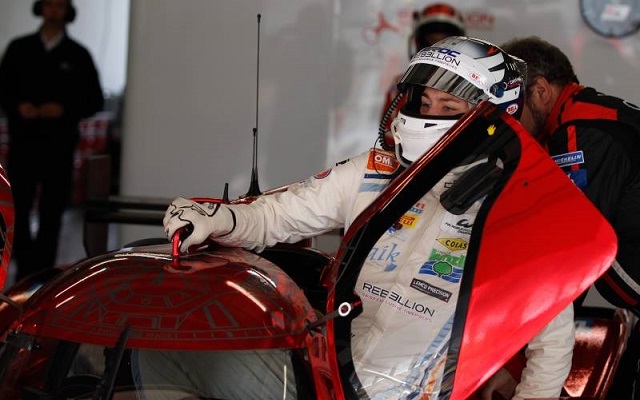 Single-seater racers Matheo Tuscher and Tom Dillmann are making their debuts in the FIA World Endurance Championship at the Shanghai circuit this weekend.

18-year-old Tuscher will compete in the premier LMP1 class, piloting the #13 Rebellion car in place of ex-GP2 driver Daniel Abt, who is concentrating on his Formula E commitments.

Contesting the final two rounds of the WEC season, this weekend will see a return to China for Tuscher who won the Formula Pilota series in the country in 2011 before finishing runner-up in the FIA Formula 2 series aged 15.

He has competed in GP3 for the past two years for the Jenzer team, and is currently matching his 12th place in the standings from last season. He had carried Rebellion logos at the past couple of rounds.

Dillmann, 26, lines up as the silver-rated driver in the Signatech Alpine LMP2 car for the Shanghai and Bahrain WEC rounds.

The former German F3 champion and GP2 race-winner has competed in Formula Renault 3.5 this year with Carlin, finishing seventh in the points. He has also appeared in GT racing with the HTP Bentley team.