Visser to get debut season in Formula Renault 3.5 with AVF 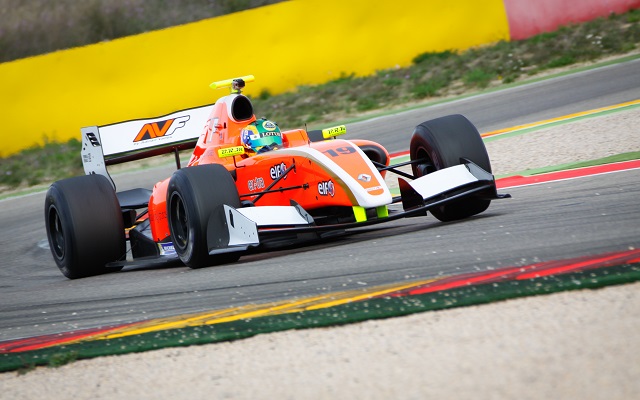 Dutch racer Beitske Visser will make her debut in Formula Renault 3.5 in 2014, having signed on with Spanish team AVF.

Visser, 19, will join the top level of Formula Renault racing after two seasons in the German ADAC Formel Masters series. She made her single-seater debut in 2012 with Team Lotus and went on to star in her rookie season,?picking up two victories and taking eighth in the standings, despite having missed rounds due to an injury.

In 2013, she joined the Red Bull Junior Team, which placed her in ADAC Formel Masters for a sophomore campaign. However, it would be a tough year for both her and Team Lotus, and Visser wound up taking another eighth overall, having secured a sole win in a red-flagged race at Sachsenring.

“I fell in love with the F.Renault 3.5 car in Monza, and from then on contesting the World Series season became my only aim,” said Visser. “I worked hard with the engineers to understand the car and to step-up in terms of driving, and in the meantime I used any spare time I had to work out and build the strength and the stamina needed to master such a car. I’m happy with the progress we made in testing and even more happy to know that there’s a lot of room for improvement. I’m really looking forward to the start of the season in Monza.”

The Visser announcement marks the completion of AVF’s lineup, as the Dutch racer joins the previously-confirmed Zoel Amberg.

“I’m delighted that Beitske will be with us for the season,” stated team boss Adrian Valles. “At the beginning I was impressed by her boldness, as she jumped into our Formula Renault 3.5 car after just a couple of seasons in the Adac Formel Masters, but after that I got to know her and I realized that with courage come huge amounts of natural talent, dedication and focus. To get physically fit for such a powerful car in time for the season opener she committed to an exhausting training programme, and that was another hint to her will to succeed. We sincerely happy to be part of that, and we’ll do our best to accompany Beitske in this new era of her career.”

The Spanish team started out in Formula Renault in 2013 and wound up taking ninth in the standings, with the teams’ sole podium so far coming courtesy of Arthur Pic.

Fantin fastest on final morning of FR3.5 testing at Jerez