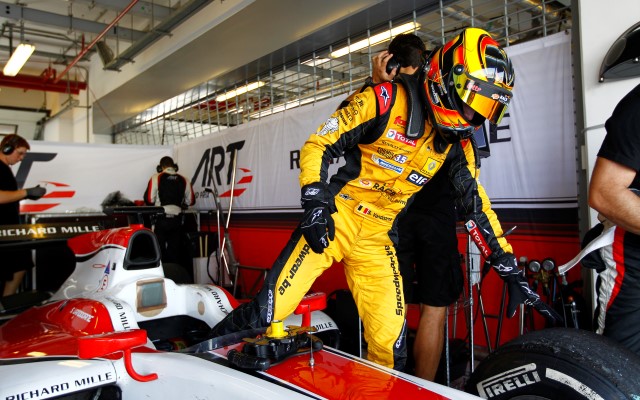 Stoffel Vandoorne will race for ART Grand Prix in GP2 this year, it has been confirmed.

The Belgian’s backers McLaren had been looking to place him the Formula 1 support category after he finished second in Formula Renault 3.5 last year, behind the Woking team’s new race driver Kevin Magnussen.

Vandoorne tested with ART as well as DAMS in the official post-season test in Abu Dhabi last November, but after the latter signed Jolyon Palmer and Stephane Richelmi as its 2014 drivers soon afterwards, it became clear that Vandoorne would join ART. With the GP2 deal now in place, he has also been confirmed as McLaren’s reserve driver for the 2014 Formula One season.

“Having won the Eurocup Formula Renault 2.0 Series in 2012, and having finished second in the World Series by Renault 3.5 Championship in 2013, I feel I?m making good progress towards my ultimate goal: Formula 1.”

ART team principal Frederic Vasseur stated: “I am truly delighted to have Stoffel join our project to reconquer the GP2 Series Championship this season. I’ve been following his career for several years now and he has impressed me both by his speed, his intelligence and his approach to his job as a racing driver.

“Being a title contender last year when he raced for the first time in the Formula Renault 3.5 Series was a splendid achievement. He is the ideal candidate for the new ART Grand Prix and we will do everything in our power to help him fit in quickly to this category.”

ART took Nico Rosberg, Lewis Hamilton and Nico Hulkenberg to GP2 titles at their first attempts but struggled in 2013, even though team leader James Calado was able to salvage third place in the final standings.