While Matheo Tuscher’s performances have been attracting attention in F2, Luciano Bacheta is also impressing having made an unbeaten start to the season with four fine race drives…

After finishing runner-up in the Eurocup Formula Renault, Luciano endured a difficult season in GP3, which he left before the end of the year. Switching to Formula Two for 2012, he has massively outperformed expectations and has got the jump on his rivals in the race for a Williams F1 test.

Born to Indian parents and with Italian ancestry, Luciano began karting aged 13 in early 2004. The following year and he had already moved into car racing and the Ginetta Junior Championship. In 2006 he contested the T-Cars championship, which he won. He won six of the 20 races, and pipped current GP2 racer Max Chilton to the title by just three points.

Luciano on his way to the T-Cars title (Photo: lucianobacheta.com)

Luciano moved into single-seaters at the end of 2006, finishing third in the Formula Palmer Audi Autumn Trophy with two wins from the six races. He contested the full championship in 2007, again coming third overall this time with four victories to his name.

2008 saw Luciano move onto Formula Renault 2.0, contesting the Eurocup with the Hitech Junior Team. He only managed one top ten finish all season, leaving him 23rd overall. 2009 saw a change of teams to Epsilon Sport, which led to a better season with a final position of 16th. As he had the year before, he also contested some races in the West European Cup, this time picking up a pair of top six finishes on a one-off appearance around the Pau street circuit.

Luciano continued in the Eurocup for a third season in 2010, this time with the Interwetten Junior Team. With experience came a considerable upturn in results, as Luciano finished the year as runner-up to Kevin Korjus, with a victory at the Hungaroring and a number of other podium finishes. At the end of the year he was a finalist in the McLaren Autosport BRDC Award, and at the start of 2011 he won the British Asian Sports Personality of the Year Award.

Also in early 2011 he tested a DTM car with Mercedes, at the same time he was taken on by Anthony Hamilton’s management company. With another of Hamilton’s drivers Paul Di Resta having just won the DTM title with Mercede and graduate to F1, Luciano was chasing the same route. It didn’t come together for him, but he moved on to the GP3 Series instead with Mucke Motorsport.

He had a very tough time in GP3 though, a fifth place in a rain-affected race on home soil at Silverstone his only points finish. He had this scary accident in free practice in Hungary, and although he escaped unharmed and continued competing for the rest of that weekend, that would be his final appearance in GP3. 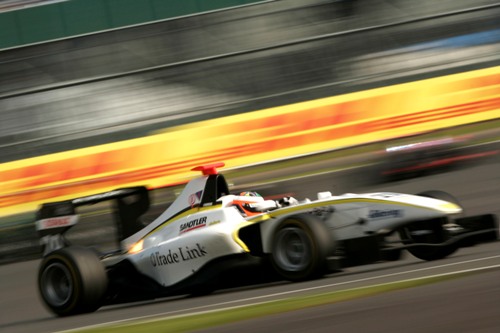 Luciano signed to race in Formula Two from the Speilberg round, and picked up a double points finish there and at the subsequent round at Monza. Although he didn’t contest the final round of the year at Barcelona, Luciano returned full-time to the series for 2012, securing a deal to drive the car backed by series sponsors Comma.

He made a winning start at Silverstone, despite running fourth on the opening lap he came through to win with a great move for the lead at the end of the penultimate lap. He repeated that trick again in the second race, once again mastering the series’ new boost zone feature to take victory one lap from home.

At round two at Portimao last weekend he claimed his maiden pole in the championship, and successfully converted that into victory with a last-gasp defence from Tuscher. Tuscher had pole for race two, but Luciano pulled off a great move around the outside at Turn 3 on the first lap to take the lead, which he never surrendered despite heavy race-long pressure from Tuscher.

The result made Luciano the first man to win four consecutive victories since F2 was revived at the start of 2009. It also meant he has scored 100 points from a possible 100, with nearest rival Tuscher only on 54.

Talent rating: Luciano showed promise in his early career, but took three years to master Formula Renault – one more than would usually be necessary. His GP3 campaign failed to dispell the doubts about his talent and potential. But without necessarily being the outright fastest over one lap, he has put in four great race performances so far this season, really showing that he does have talent. 7/10

Chances of getting to F1: Luciano’s performances will be registering on the F1 teams’ radars, but at 22 it may come too late. No driver has yet progressed from the new-look F2 to F1, despite the chance to impress with the Williams test prize. His early career was funded by his Dad’s Trade Link car dealership business, but it’s unlikely that would stretch to a step up to GP2 or FR3.5. His Indian roots could land him a role with Force India however, and it has been reported that he has already been in initial talks with them. Another possibility is impressing his F2 backer Comma so much that they continue to support him in a higher category. 5/10 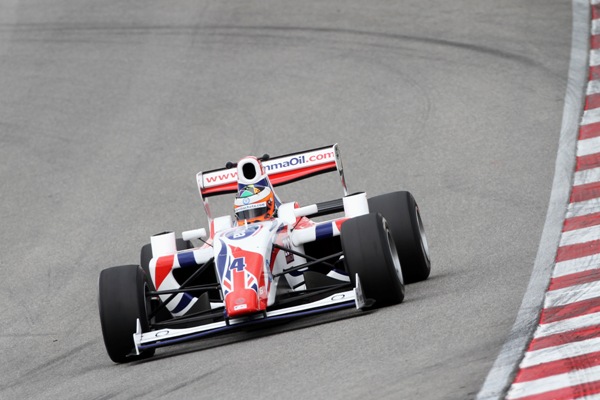