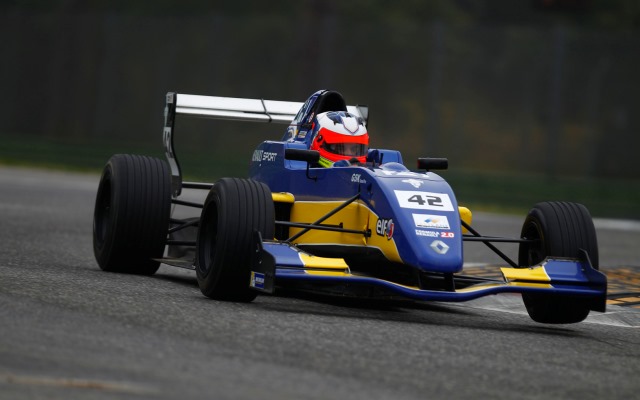 18-year-old Danyil Pronenko has been confirmed as the first driver for the AS Motorsport by GSK line-up in the 2014 Formula Renault Alps season.

The Ukrainian will take part in his first full-time season in cars after a lengthy international karting career with several notable achievements.

His most high profile successes came in 2010, when Pronenko finished fourth in the German Junior Karting Championship, beating, among others, the highly-rated ADAC Formel Masters runner-up Maximilian Gunther. He also took seventh in the CIK-FIA KF3 European Championship, in a field that contained the likes of Pierre Gasly, Jake Dennis and Max Verstappen.

AS Motorsport is a Slovakian team joining the Alps grid with support from long-time series campaigners GSK Grand Prix, and are aiming to field a two-car line-up.

Pronenko has already made his maiden appearance in international single-seaters during the final round of the 2013 Formula Renault Alps season with GSK, securing a best finish of 17th.