Tincknell holds Lynn at bay to take race one win 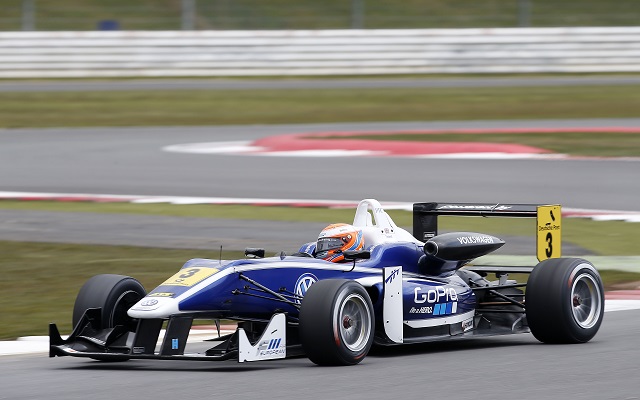 Carlin’s Harry Tincknell successfully converted the first of his two Silverstone poles into a win, successfully holding off compatriot Alex Lynn for the entirety of the race.

While Lynn didn’t enjoy the best start, passed by Felix Rosenqvist off the line, he soon retook second and the British duo emerged as the class of the field, setting a pace unmatched by the rest. While Tincknell looked rather confident in first, Lynn got close a couple of times, but ultimately did not have enough to see off the Carlin driver, who recorded his maiden European F3 victory.

Rosenqvist ultimately was all by himself for the bigger part of the race and finished third, ahead of a charging Lucas Auer. Auer’s teammate, Raffaele Marciello, found himself stuck behind Will Buller for most of the race, but ultimately got ahead of him, finishing sixth ahead of Nicholas Latifi. Buller finished seventh ahead of the Fortec duo of Felix Serralles and Pipo Derani, with Red Bull junior Tom Blomqvist rounding out the top ten.