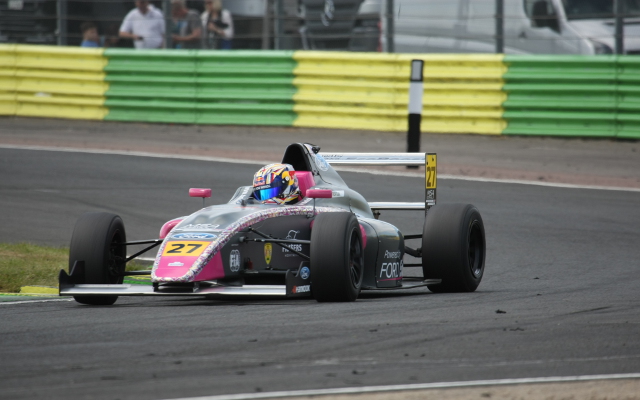 Dan Ticktum claimed a last-gasp victory in the opening MSA Formula race at Croft after contact at the final corner with erstwhile leader Lando Norris.

Norris had been set for a second straight victory in the series, having led from pole position.

Fellow front row starter and single-seater rookie Ticktum had remained within a second of Norris throughout and was closing that gap in the closing stages.

Six tenths separated the duo going onto the last of 15 laps but Ticktum then gained further ground to be in a position to challenge Norris at the hairpin at the end of the lap.

Contact was made that put Norris out of the race on the spot while Ticktum provisionally claimed a first win since Donington in April, though the stewards are inevitably investigating the incident.

A fast start from Sennan Fielding lifted him from fifth on the grid to third past championship leader Ricky Collard, but the pair swapped positions again at the end with Collard second and Fielding third.

Tarun Reddy claimed his best result of the season in fourth. The Indian driver started back in eighth but made up two places on lap one and then another on the following tour.

Louise Richardson improved considerably upon her previous best to take a fine fifth, passing fourth-placed starter Petru Florescu shortly before the Romanian retired to the pits.

Matheus Leist was sixth ahead of Colton Herta, Josh Smith, Sandy Mitchell and Enaam Ahmed, who climbed from 15th to 10th.