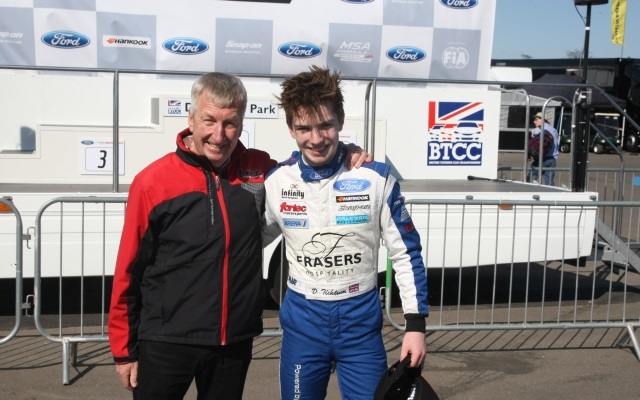 Daniel Ticktum converted pole position into victory in a dominant manner for the second time this weekend at Donington Park.

The 15-year-old leaves the second round of the inaugural MSA Formula season with the championship lead, having been able to finish every race in the top five so far.

The race kicked off with a chaotic first lap which saw several drivers retiring after three different incidents.

Lando Norris and Gustavo Myasava made a small contact at the start which left the Carlin driver with a puncture and the Brazilian with a damaged front wing. Myasava retired after being involved in a second incident during the same lap.

Sandy Mitchell and Rafa Martins also retired on lap one as the duo collided coming into turn one.

Ticktum however, confidently stayed in the lead and after a lengthy safety car period he saw the checkered flag six seconds ahead of the runner-up.

Ricky Collard made a quick move on James Pull after the restart to take second and had to hold off counter attacks from the Singaporean driver but the order did not change afterwards.

Having dropped down to last after the start, Norris fought his way back up to tenth to complete the top ten.