The Master of F3: Felix Rosenqvist

Felix stepped up from karting into single-seaters for the 2007 season, racing in the Asian Formula Renault Challenge, which took place mostly in China. He scored six podium finishes from 14 races, including a victory at Shanghai at the end of the season. He was classified fourth in the final standings.

In 2008 he switched to Formula Asia 2.0, another Formula Renault series. He won 10 of the 15 races to claim the title. At the start of the year he also raced in one Asian Formula Renault Challenge round at Shanghai, winning both races. 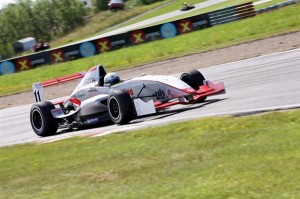 For 2010 he stepped up to the German F3 Cup, racing for the Swedish Performance Racing squad. He scored eight podium finishes, and two races wins, both coming at Assen in the Netherlands on two different weekends. At the end of the year he raced in the Macau Grand Prix with Performance, and finished the race in ninth place. 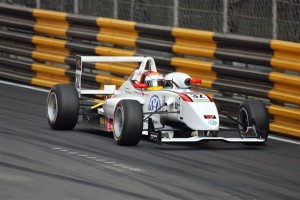 Felix finished ninth on his Macau debut in 2010. Photo: felixracing.se

Felix made the move up to the F3 Euro Series for 2011, driving for Mucke Motorsport. He finished second in the first race of the season at Paul Ricard, and finished third in a race at Lausitz. At the Zandvoort round he finished on the podium in all three races, before picking up a further two podiums at the Nurburgring. He qualified third for the Masters of F3 event at Zandvoort, and took a commanding victory after the two front row starters clashed off the start.

Talent rating: Felix took the unusual step of starting his single-seater career in Asia, but took two Formula Renault titles upon his return to Europe. After a solid first year in German F3 he has done well in the Euro Series this season. While a driver must be good to win the Masters, he needs to show that this was no flash in the pan. 7/10

Chances of getting to F1: Whether or not Felix can make it to F1 will depend on how his career progresses over the next couple of years. Will he move on up to GP2 or FR3.5, and if so can he be a frontrunner? If not things will be very difficult, particularly without the support of an F1 team. 6/10 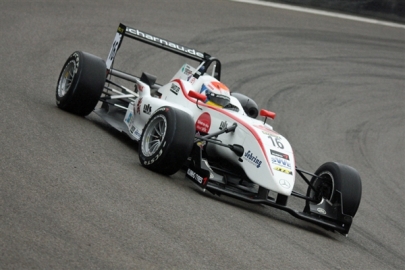