Home Featured The class of 2014: Seven karting graduates to watch this year
Features

The class of 2014: Seven karting graduates to watch this year

In part two of our 2014 season preview, we shine a light on seven young drivers who can be expected to make an impression in their debut season in a single-seater.

If you think the number of junior categories below Formula 1 is excessive, there are a plethora of different karting competitions. From those, there are a small number drivers who build themselves a reputation as ones to watch by performing well year-on-year.

Every year, a two or three of these karting stars tend to make the step into single-seaters. But in 2014, seven of the biggest names are all making that move at once, as we detail below.

Karting stardom is certainly never a guarantee of success in cars, but it is certainly a good starting point and the talent displayed in their earlier years marks each of these drivers out as ones to keep an eye on this year and beyond. Furthermore, most of them have already shown pace in early tests, or even won races already.

The seven were all part of a PaddockScout feature from 2012 in which we gambled on ten karters to watch in the future. Two of those ten moved into single-seaters last year, with Ferrari protege Antonio Fuoco winning the Formula Renault Alps crown and Dennis Olsen – being monitored closely by Red Bull – finishing a fine third in the NEC series as top rookie. 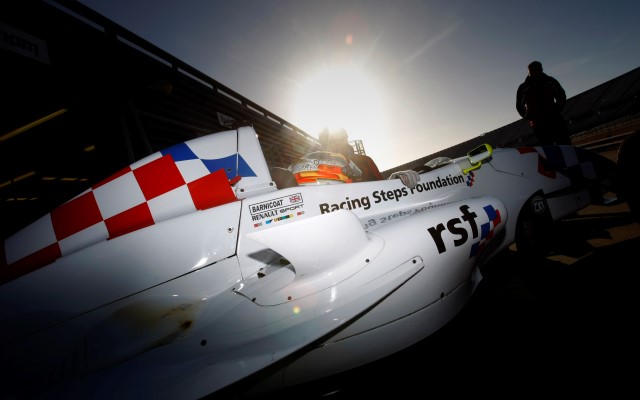 Barnicoat is the latest driver backed by the Racing Steps Foundation to enter single-seaters. That status as an RSF prospect already marks him out as one of Britain’s top talents, but Barnicoat is also officially part of McLaren’s young driver programme – the same that has been guiding Kevin Magnussen and Stoffel Vandoorne.

He’s only done one weekend of car racing but he’s already got a title under his belt – a pretty unique achievement. That debut came in the Protyre Formula Renault Autumn Cup at Rockingham last November, where he won two of the three races to see off more seasoned competition.

For his first full single-seater campaign, he will compete in the Formula Renault 2.0 NEC with Fortec, aiming to repeat the success of fellow RSF driver Jake Dennis in 2012. He’ll do rounds of the Alps series where possible too. He’ll be up against some strong and experienced competition in the NEC – including BRDC F4 graduates Jake Hughes and Seb Morris – but Barnicoat has the pedigree to continue his winning start. 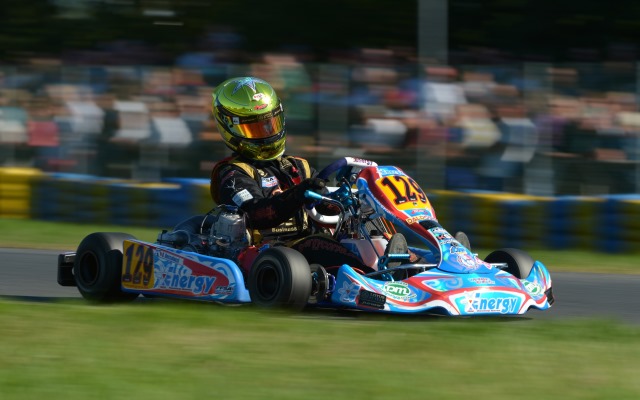 One young French protege of the Lotus F1 Team/Gravity Sports Management partnership has already made a name for himself in his first two years of single-seaters. But while big things are expected of Esteban Ocon in his rookie F3 campaign, he has a younger compatriot and stable-mate who could be even better if his karting resume is anything to go by.

After rising through the ranks of Minikart, Minime and Cadet in France, Boccolacci was spotted and signed up by Gravity while competing in the KF3 category in 2011. But in 2013 he came on in leaps and bounds, stepping up to the senior KF class and winning the WSK Euro Series and Master Series crowns, as well as the CIK-FIA International Super Cup on his debut in the gearbox KZ2 class.

That has now led to an early step up into cars, in the French F4 Championship. Fellow FFSA-supported karting star Anthoine Hubert dominated last year and Boccolacci has the ability to be a contender, even though the returning Felix Hirsiger could be tough to beat after finishing sixth in the category in 2013. 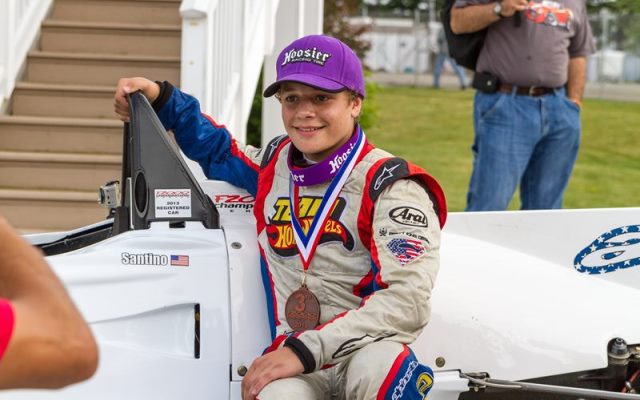 Ferrucci has already taken his first steps in single-seaters last year, but 2014 will be his first full season and his first in Europe. A patriotic American with the aim of making it to the top of Formula 1, he’s been unofficially linked with McLaren and is managed by a firm with some big-name racing clients.

After karting success in the form of titles in the US and race wins in Europe, he has taken part in the Skip Barber Winter Series and the F2000 Championship Series – finishing fifth in the standings in the latter last year despite only doing four of the seven race weekends. He didn’t win a race but he still finished all eight races in the top five – an impressive record for a driver so young.

Ferrucci is working with Italian-American squad Eurointernational on his move to Europe this year, and will jump up into FIA F3 once he’s 16 having impressed in testing. It will be a massive step up for him, but Eurointernational boss Antonio Ferrari reckons Ferrucci’s better than Daniil Kvyat, Carlos Sainz and Felipe Nasr were at that age. No pressure! 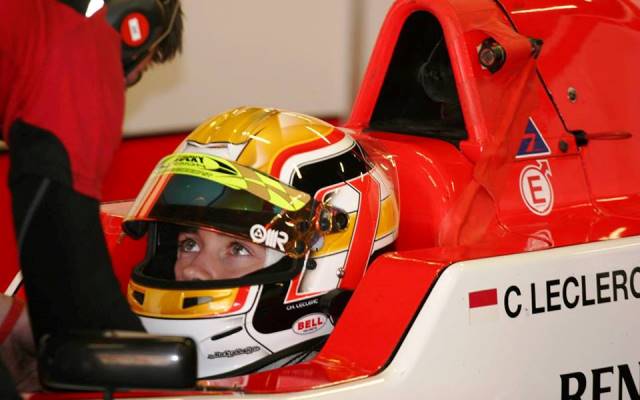 Leclerc began karting at a track run by the father of Jules Bianchi, and joined the now-Marussia racer in Nicholas Todt’s All Road Management stable in 2010. He probably provides Monaco’s best chance of its own F1 star.

A consistently strong contender in his karting years, he won multiple titles in France and internationally in the Cadet, KF3 and KF2 classes between 2009 and 2012. Last year he moved into the gearbox KZ category and finished second in the world championship.

Intriguingly, his first season of car racing will not come with ART but with Fortec in Formula Renault 2.0 Alps – giving him a chance to learn how things work outside of the All Road environment. Fortec will be new to the Italian-based series, but going by their NEC record, Leclerc will have the tools to show well. Antonio Fuoco proved last year that a rookie can win the championship, and Leclerc’s pedigree means he’s capable of making a similar impact. 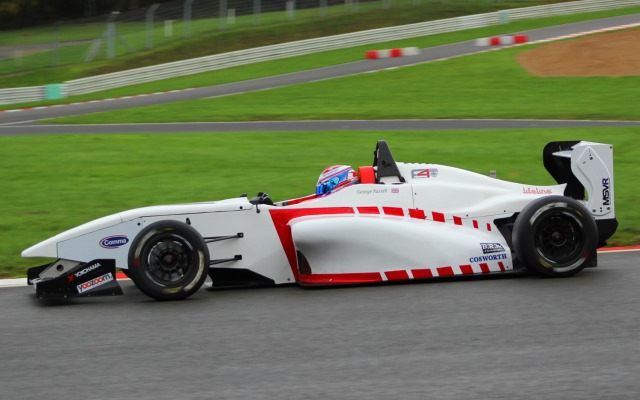 One of two British karting aces making the step up, Russell may not yet be part of a Formula 1 team or a big name manager, but that doesn’t mean he is any less of a prospect than his peers.

After multiple British titles in the Cadet and Rotax Mini Max classes, becoming European champion in his first year of KF3 aged 13 was some achievement. So was winning it again in 2012, when he also claimed the Winter Cup and went well in the WSK competitions – as he did in the senior KF class too last year. He was the quickest rookie in official Eurocup Formula Renault testing at the end of 2013.

For 2014, he first signed up to the BRDC F4 series with Lanan, and he’s now added a Formula Renault Alps campaign with Prema. He’s got big shoes to fill – replacing Jake Hughes and Antonio Fuoco, the respective champions of the two series. His successors set the bar very high in terms of achievement for a rookie season of single-seaters, but Russell has the potential to match them if he can cope with the busy schedule and having to adapt between the two cars. 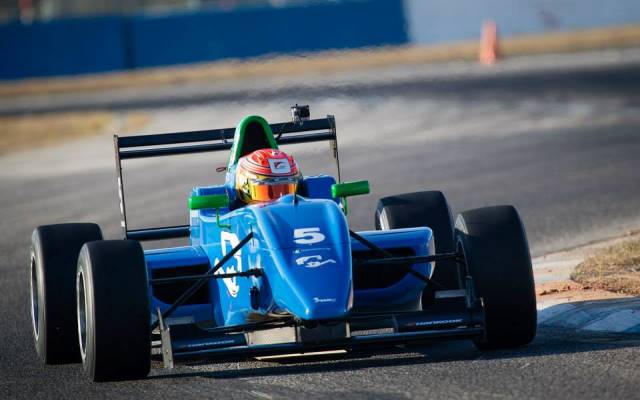 Stroll made headlines when he signed for the Ferrari Driver Academy back in 2010 as an 11-year-old. His father may be a billionaire fashion entrepreneur and Ferrari collector, but the Canadian has proved himself in the karting ranks and – more importantly – made a promising start to his car racing career.

After doing his early karting years in North America, Stroll moved to Europe in 2011 following his Ferrari signing. He was immediately competitive, finishing ninth in the WSK Euro Series KF3 class – only one spot behind future FDA colleague Antonio Fuoco. After finishing fourth in the WSK Master Series in 2012, he spent a year in the senior KF class where he finished a fine sixth in the world championship.

Making his debut in the Ferrari-run Florida Winter Series at the start of this year, he was quickly on the pace and went on to score two podiums and a pole position against experienced single-seater campaigners. He will do the new Italian F4 Championship this year, almost certainly with Ferrari partners Prema, and has already shown he can do well. 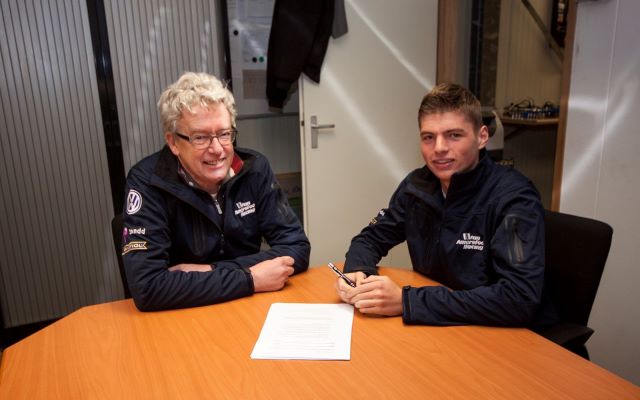 Of all the drivers discussed here, it is Verstappen about which there has been most of the hype by far. Some of that is certainly thanks to having ex-F1 driver Jos for a father as well as inheriting a large Dutch fanclub as a result, but it’s also down to his all-conquering karting record and subsequent form in his early single-seater showings.

He won numerous international karting titles between 2010 and 2012, but it was last year when he became dominant. He won the World and European championships in the gearbox KZ class as well as the WSK Euro Series KZ1 and Master Series KZ2 titles, European KF championship and the KF2 World Cup.

After impressing in Formula Renault 2.0 and F3 tests at the end of 2013, he made an immediate impression in the Florida Winter Series. Matching Antonio Fuoco for pace, he claimed a pole position at each of the first three weekends and finished with two race wins. His pace has led to a move straight into the FIA F3 European Championship. Again, he’ll be fast, but he’s got plenty to learn about single-seater racing yet.

And a few others who deserve a mention…

There are some other single-seater debutants whose karting records mark them out as promising talents, even if they’re not as high profile as our super seven.

Martin Kodric is set to be Croatia’s first single-seater star, having competed at the sharp end of European KF3 and KF competition for the past two years – including the Andrea Margutti Trophy in KF3 in 2012. He showed encouraging speed in the Toyota Racing Series at the start of this year, even though a series of incidents left him rooted to the bottom of the standings. He will take in both Formula Renault NEC and Alps with Fortec this season.

Boccolacci might be the star name entering the French F4 Championship, but he could have a tough rival in the form of fellow Frenchman Valentin Moineault. Moineault finished second to Verstappen in the European KF Championship last year while driving for ART Grand Prix.

Alex Palou has already raced in both karts and single-seaters so far in 2014, but the Spaniard’s performance on his car debut in a Euroformula Open Winter Series race at Paul Ricard with Campos Racing – when he qualified on the front row – certainly suggests he’d be competitive if he did make the graduation full-time this year. Top of his karting CV is the 2012 WSK Euro Series KF3 crown.