Marvin Kirchhofer has claimed the ADAC Formel Masters title with victories in the opening two races at Hockenheim to overhaul rival Gustav Malja with a race to spare. We profile the German rookie…

Marvin Kirchhofer has followed Daniel Abt, Richie Stanaway and Pascal Wehrlein to become champion of the ADAC Formel Masters series. The German, who has been contesting his first season out of karts this year, trailed rival Gustav Malja by two points coming into the final weekend of the season at Hockenheim, but won the two opening races from pole position to put himself out of reach ahead of Sunday’s sprint race.

For 2012 it was time for Marvin to step up into single-seaters, singing with the Lotus-branded Motopark team. He was immediately on the pace, winning his first ever car race at Oschersleben. At round two at Zandvoort he won the first two races from pole and got the fastest lap on both occasions and then finished third in race three from eighth on the grid.

As the season went on he slipped behind second-year driver Malja in the title race but two wins and a second place at the penultimate weekend at the Nurburgring brought him back to within two points of his Swedish rival. He was once again unstoppable in the first two races to steal the title.

Talent rating: Although he didn’t race at the highest international level, Marvin’s list of achievements in national karting is impressive. Then to come into a single-seater series as competitive as ADAC Formel Masters, start winning straight away and go onto lift the title is something special. There will be harder tests to come, but it’s a rather promising start. 8/10

Chances of getting to F1: Kirchhofer’s performances and title success should have attracted the attention of the junior driver schemes, and that could be important as it’s not clear that he’s got a lot of personal backing. He is supported by the ADAC Siftung Sport. As for 2013, a step up to F3 seems like the sensible move, either with Lotus in the German cup or onto the Euro Series as a Mercedes or VW factory driver. 7/10 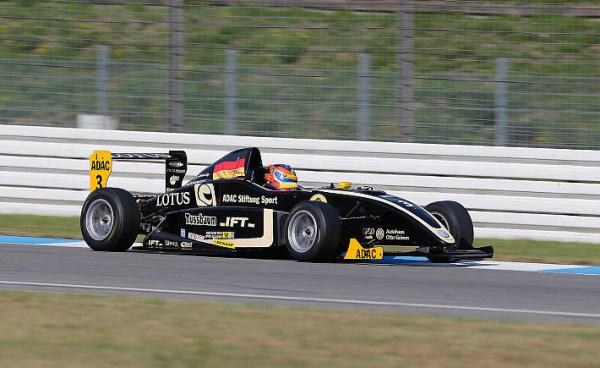