Almost all aspiring Formula 1 drivers come through karting. PaddockScout has taken a look through the various ranks to find ten teenagers worth keeping an eye on… 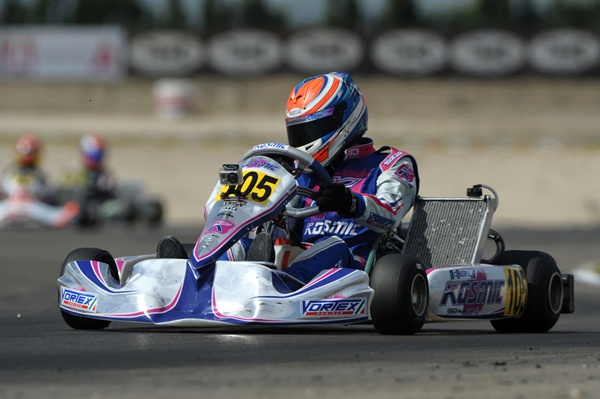 After winning the ROK Cup International Final in Mini ROK in 2009, Corberi stepped up to KF3 in 2010. That year he came second in the CIK-FIA Asia-Pacific Championship while in 2011 he won the Bridgestone Cup Europe. In 2012 he’s come fifth in the WSK Master Series and the CIK-FIA European Championship and ninth in the WSK Euro Series, Winter Cup and Andrea Margutti Trophy. Last weekend he claimed his biggest victory yet, winning the CIK-FIA World Cup.

A move up to KF2 for 2013 seems like the sensible next step for Corberi before progressing on to cars. 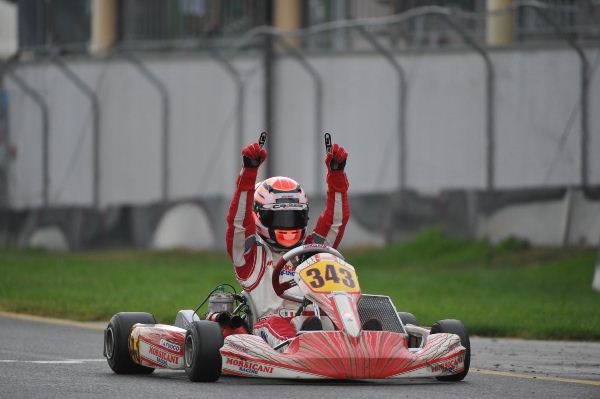 Ferrari have been keeping an eye on him after he took part in a two-day test in June as part of the Scuderia’s Driver Academy relationship with the Italian Karting Championship. He recorded the best ever time for a Formula Abarth at Fiorano. Don’t be surprised to see him step up to cars in that very series next year. 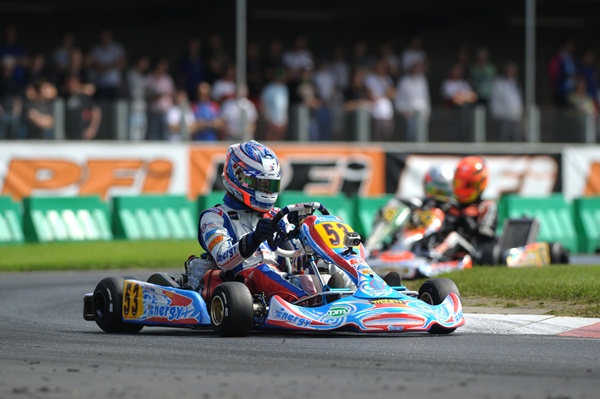 Olsen began racing in KF3 in 2009, winning the Norwegian championship, a title he defended in 2010. That year he was also second in the Monaco Kart Cup, the Bridgestone Cup and the SKUSA SuperNationals in the United States, and third in the German Junior Championship. In 2011 he won numerous titles, including the German Junior Championship, Winter Cup, CIK-FIA Viking Trophy, Norwegian Championship, North European Trophy and the WSK Final Cup in the KF2 class. He was also third in the WSK Euro Series in KF3. In 2012 he stepped up to KF2 full-time, starting with third in the Winter Cup. He was fourth in the WSK Master Series, eighth in the WSK Euro Series and eighth in the CIK-FIA European Championship.

Olsen has been recruited to a Red Bull simulator development programme – something that could lead to him becoming a member of the full-blown Junior Team. Either way, expect to see him racing cars in 2013. 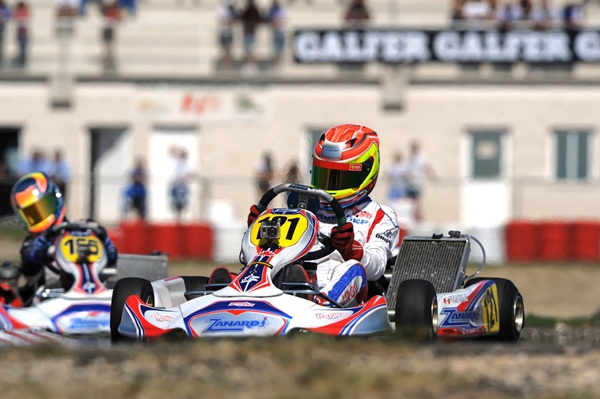 Recognise the name? That’s because Stroll was the 11-year-old kid that was signed up by Ferrari. Two years on and he’s already proven why. In 2010 he won the Rotax Mini Max Florida Winter Tour before making the switch to Europe last year. There he finished ninth in the WSK Euro Series. This year he was second in the Andrea Margutti Trophy and fourth in the WSK Master Series.

14 next month, Stroll’s probably got another three years left in karts. 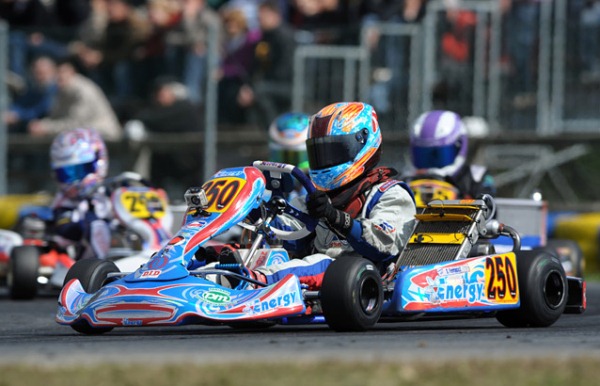 Before stepping up to KF3 in Europe this year, Ferrucci won a number of titles back home and also enjoyed success in some selected appearances in the UK. This year as a factory driver for Energy Corse he has finished a fine sixth in the CIK-FIA European Championship with two top five finishes from the four races. He has also competed in the WSK Euro Series, finishing 11th.

As well as being signed up by GP Sports Management (whose other clients are Dario Franchitti, Allan McNish, Pedro de la Rosa and Sebastian Buemi), Ferrucci has been reported as being a McLaren development driver. (Watch him hanging out with Tony Stewart at a NASCAR race.) Obviously he’s got a few years left in karting to win some major titles, and if as an American he were to fulfil his potential in cars he would become huge. 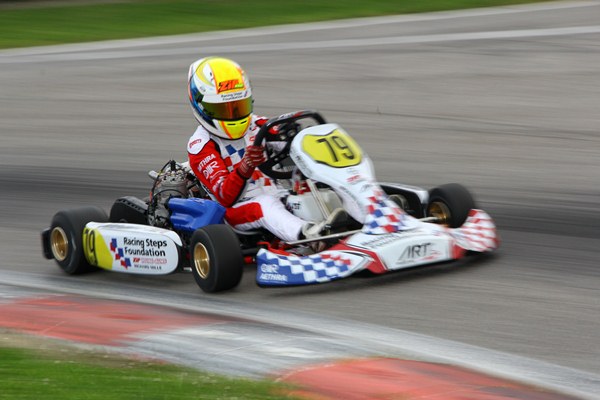 No rundown of talented young drivers to watch is complete without the inclusion of a driver backed by the Racing Steps Foundation. In this case that racer is Ben Barnicoat. After competitive campaigns in a number of national series, Barnicoat stepped up to KF3 in 2009. In 2010 he won Formula Kart Stars and the Kartmasters British Grand Prix and he came second in the British Junior Championship. In 2011 he again won the Kartmasters British Grand Prix and was second in the CIK-FIA Academy Trophy. In 2012 he has stepped up to KF2 won the CIK-FIA European Championship and finished fourth in the WSK Euro Series.

As he turns 16 in December, Barnicoat could well step up to single-seaters next season. RSF will provide the means for him to do that – expect to see him in Formula Renault or Intersteps. He’s also on the McLaren young driver programme. 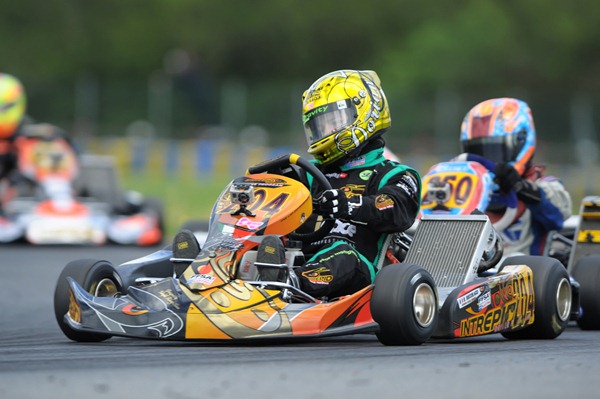 He may have only just turned 14, but Boccolacci has already achieved an awful lot. After winning titles in the mini and cadet classes he moved into KF3 in 2011 and promptly won the French national title. He also took part in the event for junior karters at the ERDF Masters at Paris-Bercy and finished second despite his relative inexperience compared to his rivals. This year he’s finished third in the CIK-FIA European Championship, sixth in the WSK Euro Series and eighth in the WSK Master Series.

Already looked after by Gravity Sport Management, Boccolacci is one of five members of the new Lotus F1 Team iRace Professional programme and the only karter. With at least another two years left in karts, the future looks bright for him. 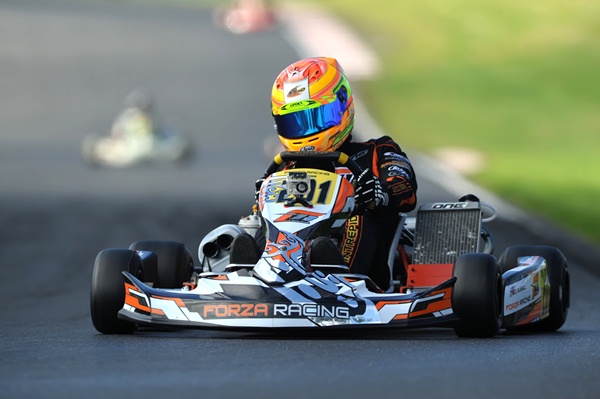 After winning numerous titles in the Cadet class, Russell raced in Rotax Mini Max in 2010 where he won both the Kartmasters British Grand Prix and the Super 1 National Championship. He stepped up to KF3 last year and won the CIK-FIA European Championship at the first attempt and also winning the Supernationals in the USA in the Junior class. He started 2012 with victory in the Winter Cup, was third in the WSK Master Series and fourth in the Euro Series. He also became the first to ever retain the European title. He currently lies third in the CIK-FIA Academy Trophy with a round to go.

Russell will have at least one more year in karts before stepping up to single-seaters. Without any formal ties to young driver schemes it remains to be seen where the backing for that will come from, but he shouldn’t be struggling to impress. 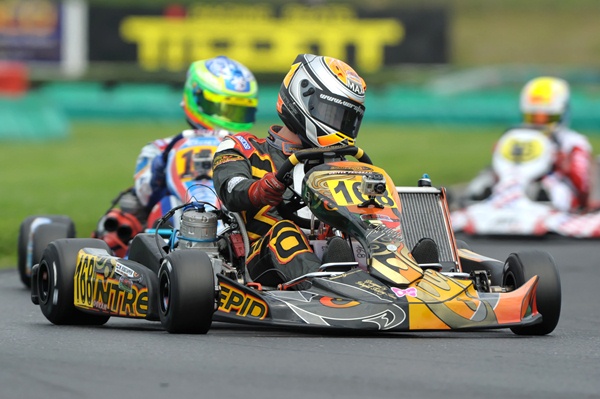 The son of former F1 driver Jos Verstappen and karter Sophie Kumpen (since separated amidst assault charges), Max was always destined for great things. A champion in numerous Minimax and Cadet classes across the Benelux region, he began racing in KF3 in 2010 and immediately found success. That year he won the WSK Euro Series, the WSK World Series, the WSK Nations Cup and the Bridgestone Cup Europe. He was also second in the Winter Cup and the CIK-FIA World Cup and fifth in the CIK-FIA European Championship. In 2011 he retained his WSK Euro Series title. This year he moved on to KF2, winning the Winter Cup and the WSK Master Series. He also won the CIA-FIA European Championship before being penalised for an incident with Ben Barnicoat that left him down in tenth. Last weekend he came second in the CIK-FIA World Cup.

15 this Sunday, Verstappen would likely have another year in karting before making the step up to cars. He doesn’t seem to have any ties to development programmes or big sponsors, but his father certainly has plenty of connections and the Dutch don’t usually shy away from putting money in to racing. 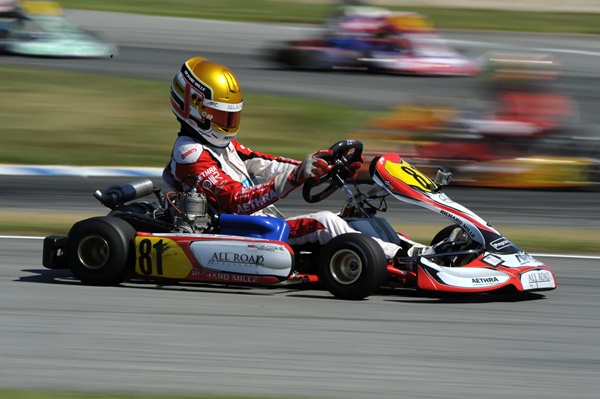 Leclerc debuted in KF3 in 2010 and won his home event – the Monaco Kart Cup and became the race’s youngest ever victor. In 2011 he won the CIK-FIA World Cup and the CIK-FIA Karting Academy Trophy, improving on his fifth from the year before. He also won the ERDF Masters Kart Junior event in the Paris-Bercy stadium.? Stepping up to KF2 for 2012, Leclerc has won the WSK Euro Series and finished second in the CIK-FIA European Championship. He’s also currently third in the CIK-FIA U18 World Championship.

Leclerc is managed by Nicolas Todt’s All-Road Management firm and races for the new karting arm of Todt’s ART Grand Prix squad. Expect one more year in karts before he makes the step up into cars.