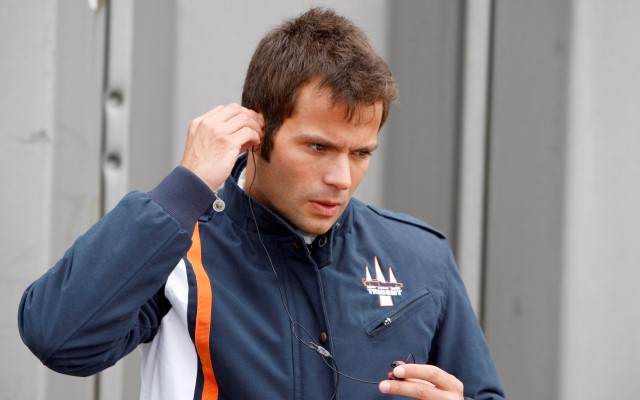 Kevin Ceccon has been replaced by Ricardo Teixeira at Trident Racing for this weekend’s GP2 round at the Hungaroring.

The team has not given an official reason for the change, but Ceccon had only been entered by the team on a round-by-round basis earlier in the year due to a lack of budget.

He finished second in the Monaco feature race, but last time out at the Nurburgring he had a large accident at the start of the first race that led to him missing Sunday’s race due to minor neck pain as well as a heavily damaged car.

Teixeira previously drove for Trident in the 2009 season, managing a best result of 14th. After a year in Formula Two, he rejoined GP2 with Rapax in 2012, but only bettered his record to a 13th place. He joins Nathanael Berthon at Trident for his return.

It’s all too easy for many people to criticise a team when they choose a rich driver over a talented one. In this case, it should be noted that if they were feeling greedy, Trident could have run Teixeira since the start of the year, when they were struggling to find even one driver with the budget for the year. Plenty of teams were in that situation, and none of them chose to hire Teixeira, aware of his poor record. Trident will not have signed him now because they wanted to.

It was pretty clear from the start that the Berthon-Ceccon partnership was going to struggle to see out the year. Trident should take credit for giving Ceccon the chance in the first place, since if drivers don’t have a budget, someone else needs to provide the money to pay the bills. Such generosity can only go on so long though, and there’s a point where the job security of an entire team comes above that of a single driver. And several GP2 teams have gone bust in the last couple of years, so you can’t say it wouldn’t happen.

Some will try to place the blame at the door of GP2 and their high costs, but Ceccon would probably struggle to afford a Formula Renault 3.5 seat either. Until all seats are free, there are always going to be some talented drivers who will miss out.