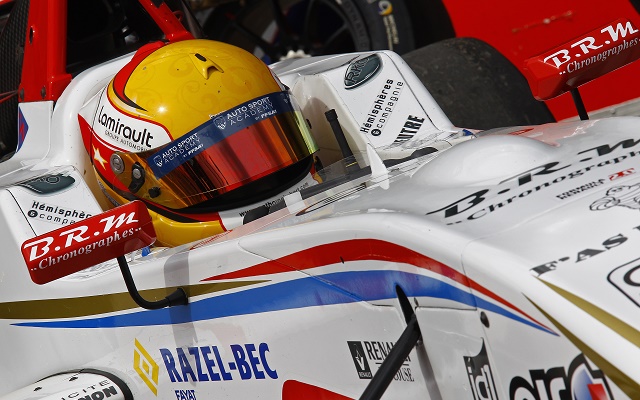 Anthoine Hubert will keep his seat with Tech 1 Racing for the 2015 season of the Eurocup Formula Renault 2.0 series.

The 18-year-old Frenchman finished 15th in his debut season in the championship in 2014 and was close to securing a maiden podium at Moscow Raceway, finishing third on the road but receiving a post-race penalty.

The year before, he raced in French F4, taking the title in his first year in cars with 11 wins.

Tech 1 Racing were 2010 and 2013 Eurocup teams’ champions but were only eighth last season, running Hubert, Egor Orudzhev and Vasily Romanov.

Merhi in control as Formula Renault 3.5 test kicks off at Jerez

Ellinas beats Rowland to lead day one at Jerez