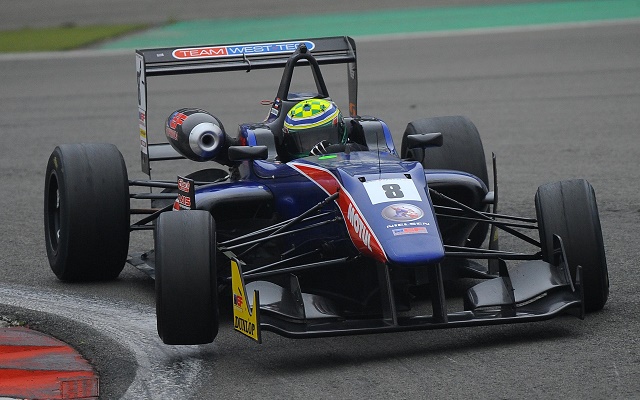 Thai racer Tanart Sathienthirakul will continue racing in the Euroformula Open championship in 2015.

Sathienthirakul will remain with Team West-Tec and is the second driver to be re-signed by the British team for this season, following Yarin Stern‘s announcement yesterday.

“I am very happy to be back with Team West-Tec,” Sathienthirakul said. “We worked hard in 2014 and?I know we can show better results this year.”

The 22-year-old was seventh in the last year’s Euroformula Open, with fourth place standing as his best finish of the season.

Prior to that, he did two years in Formula Renault 2.0 and took his first race victory in cars during a part-time campaign in the Formula Masters China series.

“Tanart was super-fast at times last year but it never really came together when it mattered most,” claimed West-Tec boss John Miller. “We were determined to keep him in the team as I know, when it does come together, he is going to spectacular and should be up there to challenge for outright honours.”