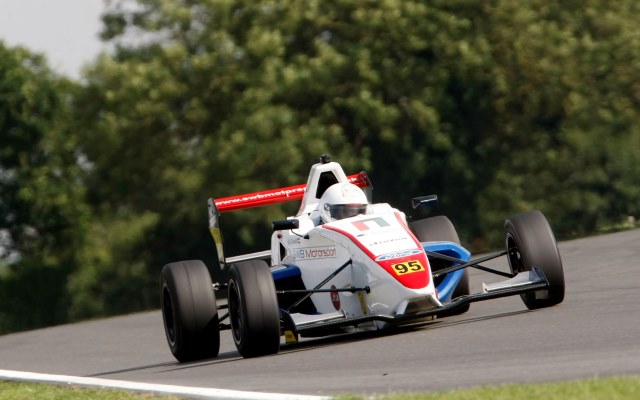 SWB Motorsport have signed two drivers for the 2014 Formula Ford GB season over the past few days, in the form of teenager James Webb and experienced Australian campaigner Greg Holloway.

Warwickshire-based Webb turns 16 on Thursday, and makes the move into single-seater racing after contesting the final three rounds of the Ginetta Junior series in 2013 – scoring a best result of ninth in the season finale.

The former karter made his car racing debut in 2012 aged 14 in the SaxMax series.

?We were going to go back to into Ginettas but we have a backer who wanted him to go into single-seaters,” explained Webb’s father Richard. “It will be a steep learning curve for him and the aim is for James to gain experience and, hopefully, to emerge as the quickest driver in the Scholarship class.”

Webb is joined in the team’s pair of Sinter chassis with 28-year-old Holloway. Based in Vienna in Austria, he has competed in Formula Ford in Australia and the Skip Barber category in the United States. Despite his age, he says he aims to go as far as he can in single-seaters “and hopefully look at F3 or GP3 for the future”.

Simon Baldry, whose team fielded a single Sinter for four different drivers during 2013, said: “Everyone within SWB is so happy that we will finally be on the grid as a proper two-car team. James will be a great asset to the squad and has shown a lot of promise ? we are so looking forward to working with him, and with Greg.”

12 drivers have now been confirmed ahead of the opening round of the 2014 Formula Ford GB season at Brands Hatch on 29-30 March.

Visser maintains lead to top day one of Catalunya test