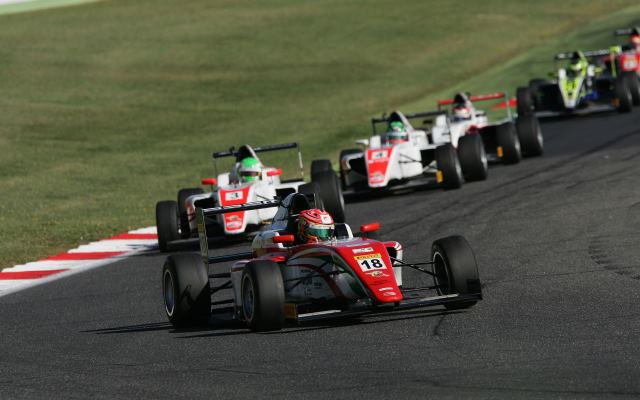 The 15-year-old Canadian started in ninth place, but stormed up to fifth at the start, and then began catching the drivers in front at a swift rate. He took the lead with a switch-back on Andrea Fontana two laps from the end, and pulled away to take victory by over two seconds. Jenzer’s Alain Valente completed the podium.

The start saw several changes in position, with the Malta Racing car of poleman Keith Camilleri going into anti-stall, while the Euronova cars of Fontana and Leonardo Pulcini surged past Edi Haxhiu to go into first and second places respectively.

A battle ensued between the stablemates, with Pulcini passing Fontana for the lead on lap three, but his compatriot returned him the favour three laps later.

The race sprang to life right after that, with Stroll passing Valente for fourth on the same lap. On the following lap, Haxhiu was baulked by the struggling Pulcini, which allowed Stroll to get past the Bosnian. The Ferrari junior proceeded to pass both Euronova cars in front of him, while Haxhiu made an error which dropped him down to seventh.

Pulcini continued to struggle, and was passed by Valente and race one winner Brandon Maisano, ending up in fifth place at the?flag. Brazilain driver Joao Vieira ended up on Pulcini’s gearbox in sixth, while Israeli driver Bar Baruch pipped Haxhiu to the post on the last lap to take seventh.

Mattia Drudi and Takashi Kasai rounded off the top ten, neither driver being able to make much progress from their starting grid positions.