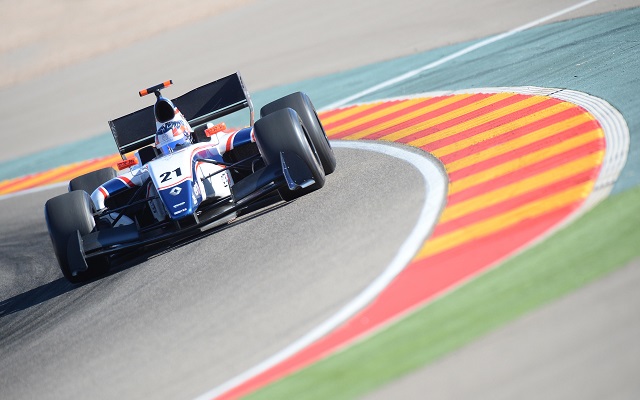 Caterham F1 junior driver Will Stevens will continue to race in Formula Renault 3.5 in 2013, having extended his partnership with Strakka Racing into 2014.

The 22-year-old joined the squad in 2013 and took fourth in the standings, with five podiums throughout the campaign.

Last year marked Stevens’ sophomore season in the category, as he made his Formula Renault 3.5 debut a year earlier, taking 12th in the driver’ championship with Carlin. Prior to that, Stevens raced in various FR2.0 categories – in 2010, he was fourth in the now-defunct UK championship, while a year later he achieved the exact same result in the Eurocup.

The highly-rated Brit tested both GP2 and FR3.5 machinery this post-season and was expected to make the switch to the former, following the discontinuation of Caterham’s 3.5 programme with Arden.

Stevens’ confirmation leaves one unfilled seat in the Strakka team, the leading contender for which seems to be Finn Matias Laine, who also raced for them in 2013.