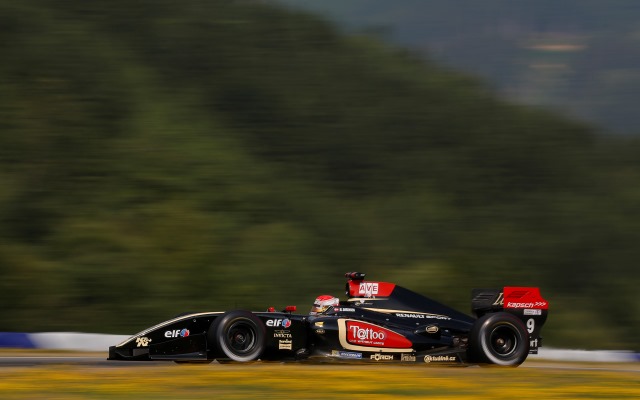 Marco Sorensen secured his first win of the 2013 Formula Renault 3.5 season with a commanding drive from pole position in Saturday’s race at Spielberg.

Melker had taken advantage of a shaky start from Kevin Magnussen to move into second on the opening lap but was unable to keep pace with Sorensen, even though he did post the fastest lap of the race.

Magnussen finished a quiet third, which was enough to regain the championship lead from Stoffel Vandoorne. The Belgian fell backwards in the early stages before retiring with a water leak that developed before the race even began.

Will Stevens finished in fourth place, ahead of Arthur Pic, who twice saw off the advances of Antonio Felix da Costa.

On the first occasion, the Red Bull junior ran wide and slipped into the clutches of Sergey Sirotkin before the first safety car interruption, when debutant Riccardo Agostini left his car stranded in the middle of the track. The Italian had misjudged an overtake on Matias Laine at turn one, running deep onto the slippery run-off and then spinning back on to track, fortunately avoided by the following cars.

Shortly after the restart, F1 hopeful Sirotkin was hit around by Norman Nato after the Frenchman appeared to be caught out by the Russian’s lack of speed into the corner.