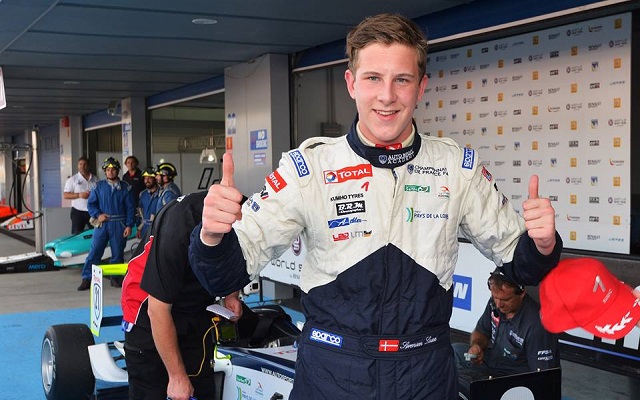 Newly-crowned French F4 champion Lasse Sorensen converted pole position into eighth win of his campaign in race one of the final round at Paul Ricard.

The Dane was made to fight for his win as he faced stiff competition from Felix Hirsiger throughout the race distance.

Indeed, while Sorensen kept the lead off the line, he couldn’t pull away from his Anglo-Swiss rival in the early minutes. On lap five, Hirsiger made the most of the slipstream on the Mistral straight to go around the outside of Sorensen into Signes, taking the race lead.

However, Hirsiger himself could not establish a gap out front and, just a couple of laps later, he fell prey to a carbon copy of his previous move, letting Sorensen back into first.

The fight for the win was far from over and Hirsiger managed to get close to finding a way past Sorensen on a couple of occasions – both of them into Signes – but, eventually, it was the Dane who took the checkered flag.

Russian racer Denis Bulatov was sixth, ahead of Mexican Patricio O’Ward, who fought his way back into the top ten after slipping down the order on the opening lap.

With two races to go, Hirsiger now leads Boccolacci by four points in the fight for runner-up in the standings.