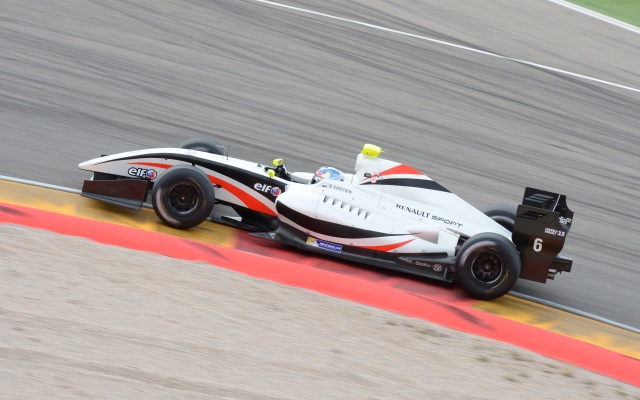 The 18-year-old Russian finished ninth in his rookie campaign in 2012 with the ISR team, taking podium finishes at Motorland Aragon and the Hungaroring. He was Formula Abarth European champion in 2011, and third in Auto GP in 2012.

“Let me firstly thank all of Fortec for the great opportunity they offered to me”, said Sirotkin. “During the test run together in Spain, I had an immediate great feeling about all the people there. It was a difficult December, with many important decisions for my career; now that the full program has been finalised, I am finally free to dedicate all my energy to the coming season.”

Sirotkin will be a test driver for the Sauber F1 Team in 2014 but has stated that his main focus will be on a second season in FR3.5. He tested with Fortec at Aragon in November and will now partner Eurocup FR2.0 graduate Oliver Rowland at the British squad.

“We?re very happy that Sergey is joining us for the 2014 season”, added Fortec manager Jamie Dye. “He?s been really impressive so far in testing and has the right attitude and attention to detail you need to succeed. Sergey is still young and very fast ? he?s one to watch and we are really happy to have him as part of the team”.

Fortec won the 2012 drivers’ title with Robin Frijns and finished second in 2013 with Stoffel Vandoorne.