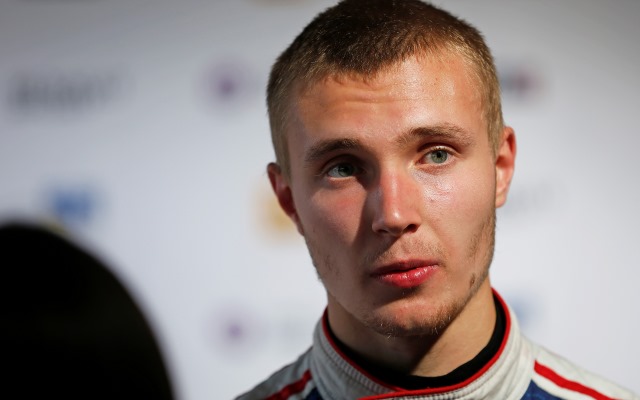 Sergey Sirotkin continued the form that saw him claim his maiden Formula Renault 3.5 victory last time out as he headed the first practice session at the Nurburgring.

Heavy fog delayed the programme on the World Series by Renault’s return to the German venue after a year away, meaning the opening FR3.5 session began over two hours later than planned.

Fresh from an encouraging GP2 debut at Silverstone since the last FR3.5 event in Moscow, Marco Sorensen looked competitive throughout the session and ended up third, half a second down on Sirotkin. William Buller was a promising fourth for Arden, with championship leader Carlos Sainz in fifth.

Opinion: Why Sainz should have to wait for his F1 chance

Other than Fortec’s advantage at the top of the timesheets, it was a close session, with less than a tenth between each of the drivers from third to 17th.

Matthieu Vaxiviere was 11th on his return to action after missing the last two rounds due to a back injury he sustained in Monaco. Will Stevens, currently fourth in the standings, was only 19th, 1.4 seconds off the pace, although he and Strakka team-mate Mattias Laine did spend much of the session towards the top until late improvements from others.

Alfonso Celis was 20th, within 1.5 seconds of the pace in his first official drive of an FR3.5 car with Tech 1, while fellow newcomer Cameron Twynham rounded out the 22 runners with the returning Comtec team.