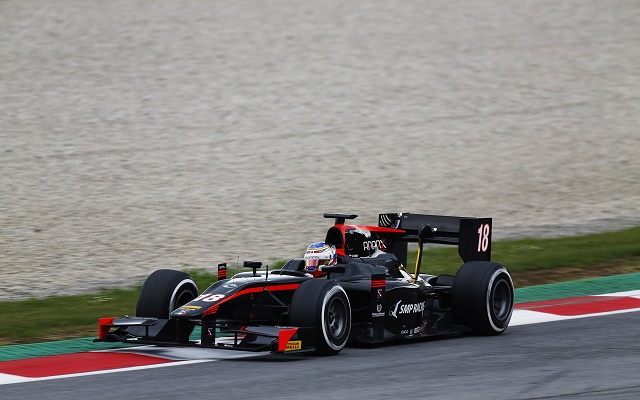 Rapax driver Sergey Sirotkin topped the practice session for the championship’s round four at Spielberg.

The Russian became the only driver to dip below 1:15s, doing so with almost half the session to spare.

Usual frontrunners Alex Lynn and Stoffel Vandoorne were among the early pacesetters, the latter beating the 2014 pole time with half an hour to go.

The Belgian would then be dethroned by Russian Time’s Mitch Evans, before the Kiwi himself yielded the top spot to Sirotkin for the session’s final lead change.

An expected run of late flying laps was interrupted when Red Bull protege Pierre Gasly, running sixth at the time, stopped on-track with 11 minutes remaining, bringing out the red flag.

None of the drivers in the top three would improve after the restart and Sirotkin ended up leading Evans and Vandoorne by three tenths.

Alexander Rossi was among the few to move up in the final minutes, going from 13th to fourth as he demoted Lynn and Ferrari junior Raffaele Marciello to fifth and sixth respectively.

Gasly was classified in seventh, ahead of Campos duo Rio Haryanto and Arthur Pic, with Nick Yelloly rounding out the top ten.

An apparent contract dispute with Sergio Canamasas saw MP field only one car for Daniel de Jong, who brought it home in 15th. It is currently unclear whether Canamasas will return to the cockpit for qualifying.