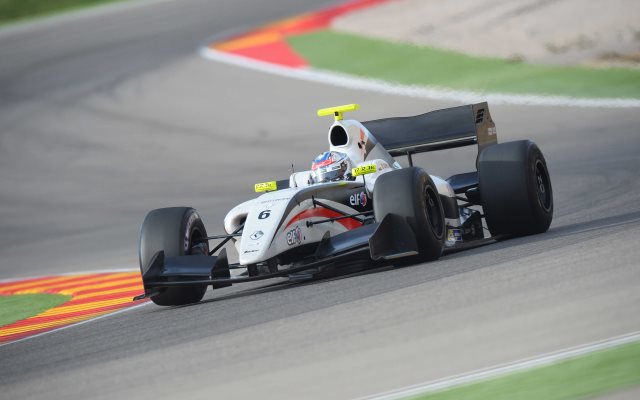 Sergey Sirotkin set the pace on the opening morning of Formula Renault 3.5 pre-season testing for 2014 at Motorland Aragon.

The Russian, who has joined Fortec Motorsports for his second year in the series, managed a time of 1m39.235s.

That put him 0.285s ahead of second-placed Zoel Amberg, who was confirmed as a race driver by the AVF team during the session.

Nigel Melker was seventh driving for Zeta Corse, before he returns to his 2013 team Tech 1 for the remaining two days of the test. The top ten was completed by Marlon Stockinger (Lotus),?Luca Ghiotto (Draco) and Oliver Rowland (Fortec).