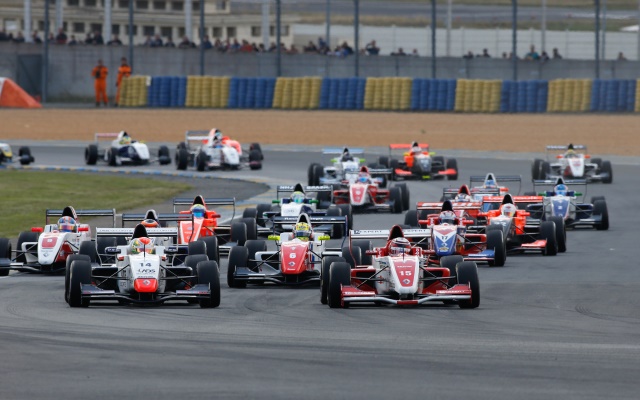 Renault Sport Technologies has named seven teams that are due to compete in Eurocup Formula Renault 2.0 in 2016, while a number of drivers have also been confirmed.

In addition to Koiranen’s withdrawal from FR2.0, Manor MP Motorsport has also departed the category.

The seven teams are on a ‘pre-selected’ list, with the definitive line-up to be confirmed on 12 March 2016. Teams will run up to four cars each.

Ferdinand Habsburg, Vasily Romanov and Bruno Baptista have all been confirmed with Fortec.

Habsburg stays with the team he raced with for much of 2015 before being sidelined as a result of his huge Silverstone crash, while Romanov arrives after finishing sixth in Alps for Cram in his second FR2.0 season.

Baptista joins Fortec having split his 2015 season between Koiranen (in Alps and NEC) and Manor MP (in Eurocup)? after winning the South American F4 championship.

Australian James Allen will be another to spend a third year in FR2.0, switching from ARTA to JD, which has also regularly tested with Alexey Korneev after the Russian contested three end-of-season events with the team.

AVF will retain Portuguese driver Henrique Chaves for a second season and could also run Norris’ MSA Formula rival Ricky Collard, who topped a test at Valencia on Tuesday.

Avenir by ARTA will field Hugo Sugnot-Darniche, who steps up after two years in French F4 with a best result of sixth in Pau last year.

ART Junior Team is the only squad without a driver confirmed but Max Defourny dominated much of post-season testing with the team after finishing fourth in NEC this year.