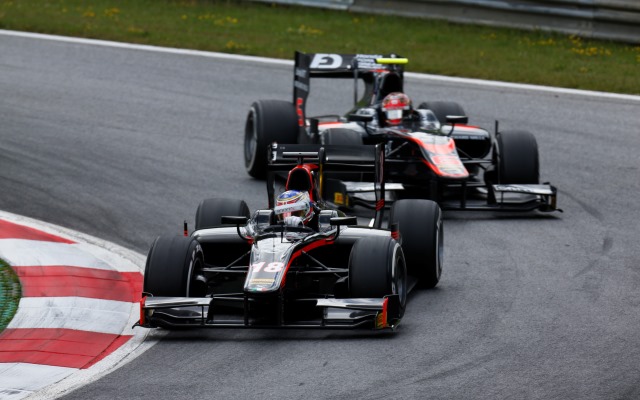 Sirotkin finished third in the 2015 standings after making the switch from Formula Renault 3.5, driving for the Rapax team.

The Russian claimed one win in the Silverstone feature race, halting the winning streak of ART?s dominant champion Stoffel Vandoorne.

He tested for Rapax, Racing Engineering and Prema at the post-season test in Abu Dhabi but has instead concluded a deal to join ART.

?I am very excited to be joining ART Grand Prix because it is a big family which has the culture of motorsport,” he said.

“They are a winning team wherever they have competed so far, like in the GP2 history, with a unbelievable 2015 season.

“This is a great opportunity for me, because ART Grand Prix has shown many times that it is the best place for a young driver to be and I intend to make the most of this opportunity, while doing the best possible job for the team.”

Team manager Sebastien Philippe added: “ART Grand Prix has been following Sergey?s career for a few years now and we were very impressed by his debut in such a competitive championship as GP2.

“Sergey is both fast over one lap and strong in the race. At just 20 years old, he has an intelligent approach to his craft and his maturity is a plus in a complex and competitive GP2 pack.

“After its success in 2015 in both categories, drivers and team, ART Grand Prix now faces the big challenge of remaining the leader in GP2.

“This challenge requires particular drivers with an exceptional profile and Sergey meets this requirement perfectly. We are therefore very pleased to have him with us and be able to tackle the 2016 championship season with the highest of ambitions.”

ART could retain Honda-backed Nobuharu Matsushita in its second car, but no confirmation has yet been made.