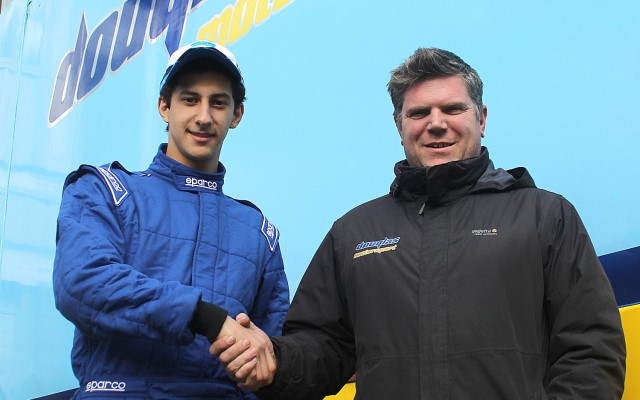 Douglas Motorsport have completed their three-car line-up for the 2014 BRDC F4 Championship with the signature of Mexican Rodrigo Fonseca, who joins compatriot Diego Menchaca at the team.

Like Menchaca, Fonseca is part of the Escuderia Telmex programme that also supports Formula 1 racers Sergio Perez and Esteban Gutierrez.

The 17-year-old will be contesting his rookie season in single-seaters this year after winning the Telmex KF2 Karting Challenge in 2013.

?This is going to be a year of learning for me as it?s my first season in cars and it?s also going to be a new experience as I?m living away from home for the first time. By the third or fourth round I?d like to be challenging towards the front of the field and at the end of the season I aim be classified as the top rookie.?

Fonseca and Menchaca will race alongside Irish karting ace Charlie Eastwood at Douglas this year.

“It?s excellent for Douglas Motorsport and Formula 4 to have another driver from Escuderia Telmex join the series. Rodrigo will be working closely with our engineers throughout the season and we?re confident that Rodrigo will progress very strongly as the year goes on.?