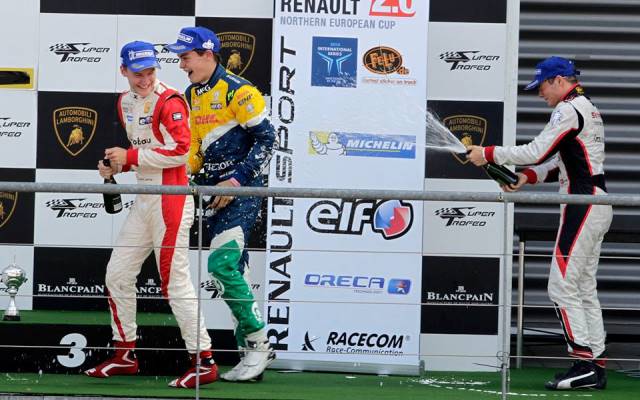 Kevin Jorg has lost the second of his two Formula Renault 2.0 NEC wins at Spa due to a penalty for a jump start, handing victory to Steijn Schothorst.

Jorg led the race from start to finish, controlling the second safety car restart so that he took the chequered flag as he crossed the line.

However, a 30-second penalty for his jump start dropped him back to 20th in the final results as the last of the finishers on the lead lap.

Schothorst inherited his first win of the season, allowing him to regain the championship lead. The Dutchman is the eighth different winner in nine races so far this season.

Ferrer and Fittipaldi claim poles for Protyre round at Brands Hatch