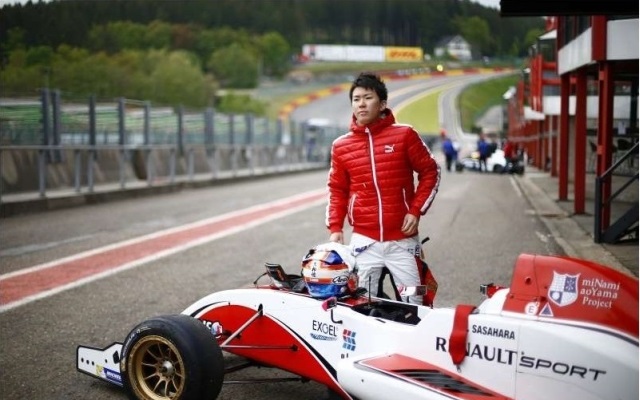 Ukyo Sasahara was victorious in an incident-filled first Eurocup race of the weekend at Spa-Francorchamps.

The Japanese took his first victory in the series after drawing a blank in the season opener at Aragon.

Starting from second, Sasahara had a better launch than pole-sitter Jake Hughes and took the lead into Eau Rouge.

He then confidently pulled away from the rest of the grid with Hughes and Anthoine Hubert slotting in second and third.

The safety car soon made an appearance after an incident between new Manor MP recruit Valentin Hasse-Clot and AVF’s Henrique Chaves.

Sasahara managed to keep first after the restart and although he had to face some late pressure from Hughes, his victory was never in true danger.

Hughes and Hubert completed the podium while the best of the rest was championship leader Louis Deletraz in fourth.

Jack Aitken had to endure a difficult race from third on the grid, losing pace due to car issues and eventually retiring in the pits.

The rest of the points was decided in non-stop battles for positions, including a three-way battle amongst Ignazio D’Agosto, Matevos Isaakyan and Ben Barnicoat which saw the former two take fifth and sixth respectively.

As such, the final point-scoring positions went to Dennis Olsen and Darius Oskoui in tenth and eleventh.

The race saw several drivers retire in various incidents, with Hugo De Sadeleer and Josef Zaruba tangling at the final chicane, Simon Gachet hitting the wall at the Raidillon or Barnicoat and Ferdinand Habsburg going off on the penultimate lap while fighting for the lower spots in the top ten.