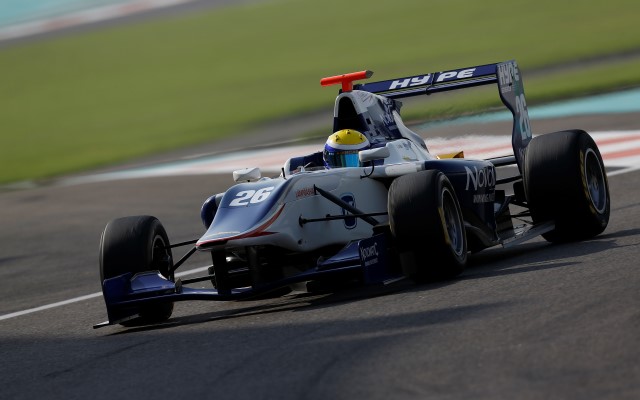 Santiago Urrutia has clinched a place on the GP3 grid for 2014 with Koiranen GP.

The Uruguayan tested with the Finnish outfit in Abu Dhabi last November after finishing fourth in the F3 Open, claiming two race wins.

2013 was only his second full season racing single-seaters, having previously finished fourth in Formula Abarth in 2012.

“I am so proud to be part of this fantastic team,” said the 17-year-old. “They have had a really good career so I’m looking forward to working with them and learning as much as possible.”

Urrutia joins Jimmy Eriksson as a confirmed 2014 driver for Koiranen. On Wednesday it was?announced that Dean Stoneman and Patrick Kujala had left the team for rivals Marussia Manor.

Koiranen team manager Afa Heikkinen commented: “Santiago is a talented rookie and after the tests we did in Abu Dhabi, I am confident he will be improving quickly. This year will be a learning one and we will go step by step with a common goal we will define together. We will do our best to help him to reach our target.”