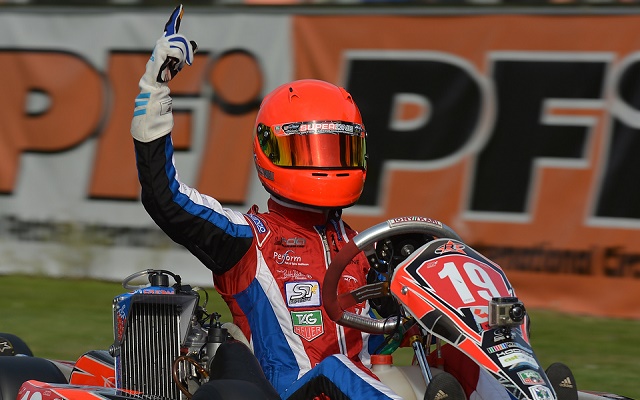 Junior single-seater franchise Arden have named the first driver of an expected multi-car lineup for the inaugural season of the MSA Formula series.

Their new signing is 14-year-old Scotsman Sandy Mitchell, who makes his graduation from the karting scene.

After winning titles in his native Scotland, Mitchell was runner-up in the 2012 edition of the Super 1 National Honda Cadet series. In 2013, he joined Arden’s Young Racing Driver Academy and, a year later, went on to become the Super 1 Junior Rotax champion.

“Driving with Arden in this amazing new MSA Formula Championship will really be something special,” admitted Mitchell. “The new MSA Formula car looks fantastic and I am now fully focused on the transition from karting to single-seaters.”

“We are very pleased to have Sandy as our first signing for the 2015 season,” stated team boss Garry Horner. “We have an established relationship with the Mitchell family since last year when Sandy joined the Young Racing Driver Academy. He is the first driver from the academy to progress into a single-seater championship, demonstrating the importance of the programme.”