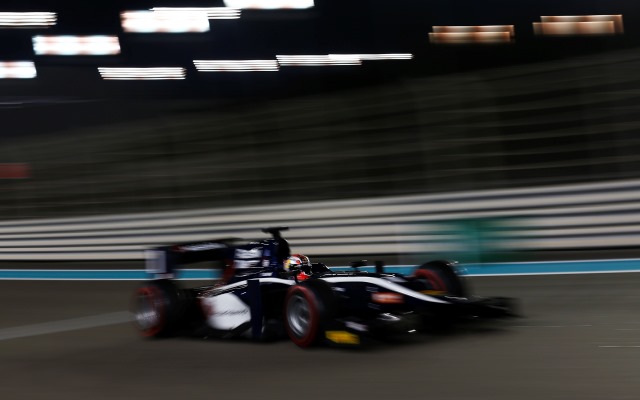 The Russian Time GP2 team will have an unchanged driver line-up this year, but a third different outfit in as many years will run the cars.

Mitch Evans?and Artem Markelov will continue to race for the team, but Virtuosi will replace iSport in operating the squad.

The change comes just a year after iSport returned to GP2 in place of Motopark Academy, who had taken Russian Time to the teams’ title in their maiden season but then departed following the death of the Russian entry’s founder Igor Mazepa. Mazepa’s setup had taken over iSport’s berth in the series on the eve of the 2013 season.

Virtuosi were founded in 2012 by businessman Declan Lohan together with former Super Nova GP2 staff Andy Roche and Paul Devlin, and have competed in Auto GP for the past three years, winning six races. They are based on the same site in Norfolk as iSport and Formula Renault 3.5 team Comtec.

Russian Time’s Svetlana Strelnikova will remain as team principal, while Roche will be team manager. Joining as engineer is Jonathan Moury – another former Super Nova man who runs the M2 Competition team in the Toyota Racing Series in Evans’ native New Zealand.

2012 GP3 champion Evans finished fourth in the GP2 standings last year in his second season in the category, winning back-to-back feature races at Silverstone and Hockenheim.

?I?m greatly looking forward to another GP2 season with Russian Time in what looks like being another very competitive year,” said the New Zealander.

“We proved we had race-winning capability in 2014 and the goal has to be to build on that, put together a consistent programme and hopefully challenge for the championship.?

Team protege Markelov stepped up to the series after finishing third in German F3, and scored points with a seventh place at Spa.

?I?m happy to be able to announce a second season of GP2 with Russian Time in an unchanged driver line-up,” he said. “It was a good environment in which to learn and Mitch is obviously a strong yardstick for me.

“Looking back at 2014, the series was a sizeable jump from F3 and my qualifying pace and getting the best out of the tyres in that situation is the area I will be concentrating on.?

Strelnikova added: “I?m pleased that we will have continuity for 2015 with both drivers. It was a good team environment last year and Mitch and Artem worked well together.

“Mitch?s six podiums proved that he belongs at the top level and I would be delighted if he can take the final step and challenge for the championship. Artem?s race commitment was also a highlight of 2014 and will stand him in good stead if, as he says, he focuses on his qualifying. I?m looking forward to a great year.”