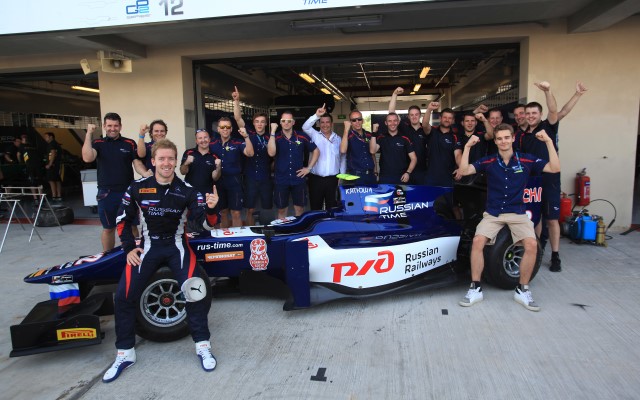 The Russian Time setup has split from Motopark Academy, the latter operation has revealed.

The move follows the death of Russian Time team principal Igor Mazepa earlier this month. The team, which won the GP2 teams’ title at the first attempt last year, had been run out of the Motopark facilities at the Oschersleben circuit in Germany.

In a statement, Motopark boss Timo Rumpfkeil explained that lawyers and advisers of Russian Time wanted to re-negotiate the contract with Motopark following Mazepa’s passing.

“The conditions they had in mind would have resulted in us not being competitive any more,” said Rumpfkeil. ?However, it had always been the aim of both Igor Mazepa and ourselves to establish Russian Time at the very top of every championship we enter.

“We showed that we are capable of doing so by winning the GP2 teams? title in our maiden season last year. This was where we should have continued.

“As this seems no longer possible, the cooperation between my Team Motopark and Russian Time unfortunately has come to an end.”

Motopark will now focus back on its domestic programmes in German F3 and ADAC Formel Masters, but said that the split with Russian Time has a major impact on the drivers who were set to race for them this season.

“We have a very solid foundation on which we?ll build up upon,” Rumpfkeil said. “It?s a shame that we cannot continue to show our potential on an international level, too.

“I feel especially bad for our GP2 driver Tom Dillmann and our expected GP3 drivers Marvin Kirchhofer, Jimmy Eriksson and Markus Pommer, who are left out in the open and without a drive when they were sure they had their ducks in line for the year.

“Neither them nor our team members who worked hard and tirelessly to make our teams? title possible in 2013 have done anything wrong, and none of them deserves such devastating news.”

Mitch Evans has been linked over the winter with a move to Russian Time, along with Artem Markelov, a graduate of Motopark’s F3 team and whose father is reported to be an investor in Russian Time.

Eriksson was the only driver confirmed as part of Russian Time’s new GP3 arm, having won the German F3 title in 2012 for Motopark, but Rumpfkeil’s comments now leave his participation in doubt.