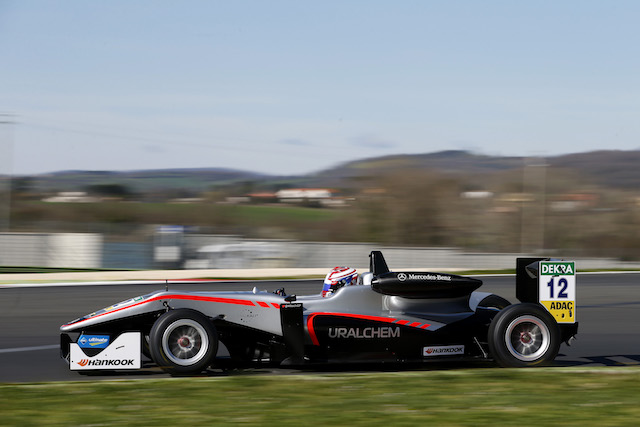 George Russell edged out Maximilian Gunther by 0.018 seconds to claim his first FIA Formula 3 European Championship pole position for race one at the Hungaroring.

HitechGP driver Russell took top spot away from practice pace-setter Gunther with a few minutes of the session remaining with his time of 1m34.089s.

Gunther fell 0.018s short with his response, but was quickest of all in sector one on his next lap. He lost time later in the lap though, handing Russell and the relatively new HitechGP team their first poles. It’s the first time that somebody other than a Prema driver or Antonio Giovinazzi has been on pole in the series since Norisring last June.

Championship leader Nick Cassidy had to make do with seventh ahead of Sergio Sette Camara, and Paul Ricard winner Callum Ilott was ninth in front of Alessio Lorandi.

Gunther gets another F3 pole after Russell loses best time