Russell and Tang set to move teams ahead of Alps opener 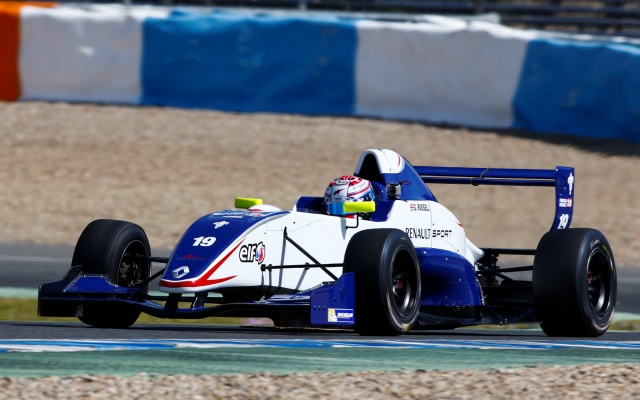 George Russell and Andrew Tang are both set to change teams for the Formula Renault Alps season, which begins at Imola this weekend.

Karting graduate Russell had been due to race for Prema Powerteam, but appeared for Koiranen in the Eurocup test at Jerez last week and topped the timesheets in the final session.

The Briton’s management confirmed to PaddockScout last weekend that he will compete for Koiranen rather than Prema in the Alps series, but preferred not to comment on the reasons behind the switch. They did state however that there are “absolutely no problems” between them and the Italian squad.

Russell’s place at Prema looks set to be taken by Toyota Racing Series champion Tang, according to an entry list released onto the championship’s website.

Tang had previously been set to continue with Jenzer for his second Alps campaign, but turned out for Prema in testing last week. He had been seeking a deference to his Singaporean national service in order to race this season, and has not yet confirmed his deal with Prema, who won every Alps race in 2013.

A number of other details have arisen on the entry list. Russian driver Semen Evstigneev will line up for BVM Racing alongside Dario Capitanio, after racing for Koiranen in 2013.

Fortec, Tech 1 and Prema have all entered their Eurocup driver trios as wildcards alongside their full-time Alps cars. Koiranen have entered two cars as wildcards with drivers to-be-announced. Their lead Eurocup driver Nyck de Vries is doing the full Alps season, while Chinese driver Hong Li Ye was announced for a partial Alps campaign last week but is currently absent from the series entry list.

Drivers in italics are listed as “wildcard” entries