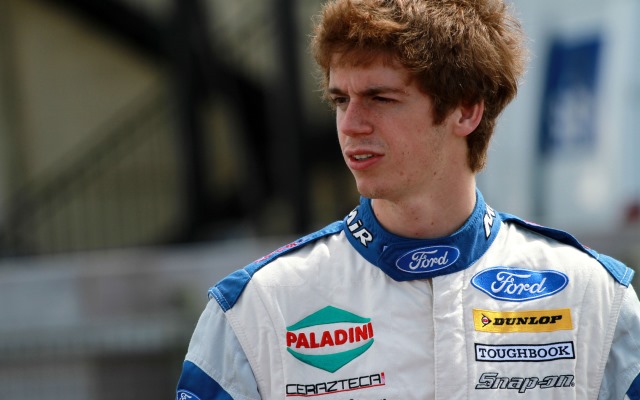 Formula Ford GB race-winner Juan Rosso has made a surprise change of team ahead of the 2014 season, joining Radical Motorsport having previously re-signed with former team Jamun for the coming year.

The Argentinian finished third in the 2013 standings and ended the year with a triple win at Brands Hatch, and it was announced in January that he would continue with Jamun for a second campaign.

However, he has now been named as part of a two-car line-up to be fielded by the Radical Motorsport setup. The outfit, best known for their sportscar business, joined Formula Ford last year with a single entry for James Abbott?– who will continue this year alongside Rosso.

The son of Radical boss Phil Abbott, he finished fifth in the 2013 standings after finishing all 30 races and claiming a pole position and two podium finishes at the Brands Hatch finale. The 20-year-old also proved his pedigree with the Radical Euro Masters title.

Rosso, also 20, is enthusiastic about working with the Radical team this year.

“For me this is a great opportunity to come back to England to race again and to do so as part of the Radical Motorsport team, who are more like a family,” he said.

“They have a lot of experience and a huge passion for racing, now I need to keep learning more about the car and the British circuits. With James I feel we can share and compare a lot of information to become a really good team both on and off the track. Between us we can put this team in the position to deliver race wins.”

Abbott added: “I am delighted to for this opportunity to have Juan as a team mate. I believe with our combined experience and level of feedback we can push each other forward and develop a strong car.

“We will be working closely together assisting in the preparation of our cars and training hard. I hope that we can become close friends but formidable rivals at the same time. This I believe is essential to a pairing of this nature and will be a significant benefit to the end result.”

Phil Abbott explained the background to the tie-up with Rosso.

“The whole synergy and feel of this team is great,” said Abbott. “Juan and James will be pushing each other hard on track. James has a lot of experience and an incredible understanding of car setup for his age and his commitment in preparation and engineering knowledge will assist them both. Juan’s flair will challenge James in racing and James does not know what ‘give up’ means. They both love training hard so this will all work well together.

?Juan?s father Victor has been using Radical-built motors in Argentina for three years now in the Super TC2000 touring car championship, and we have plans to do more Radical racing with our best-selling SR3 RS models in a number of South American countries – including Argentina.

?We all met last year in Formula Ford, and when at a Brands GP trackday Juan?s coach let him down with a car to drive we stepped in and gave him 40 laps in James’s SR3 RS to learn the track. It worked – Juan won all the races that weekend.?

Jamun, who claimed seven straight titles between 2005 and 2011, are now without any confirmed drivers for the 2014 season, which gets underway on 29/30 March at Brands Hatch.