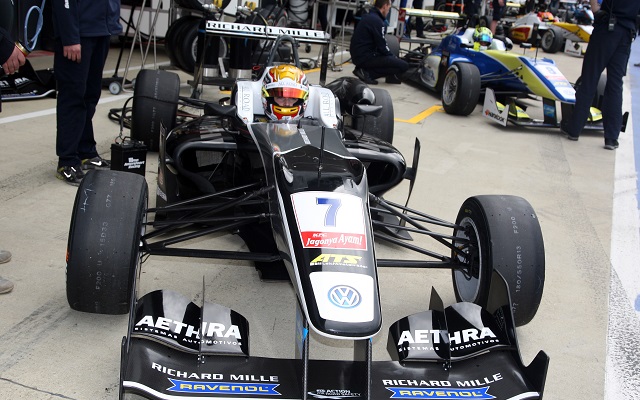 Rosenqvist had claimed a hat-trick of pole positions in Friday’s two qualifying sessions, but stewards found that the dimensions of his bodywork did not conform to the rules after the second session and excluded him.

Prema decided not to appeal the decision, and Rosenqvist will start the weekend’s later two races from the back of the grid.

Leclerc will be joined on the front row in races two and three by Carlin drivers George Russell and Antonio Giovinazzi respectively.

Deletraz to claim pole in first qualifying of NEC season