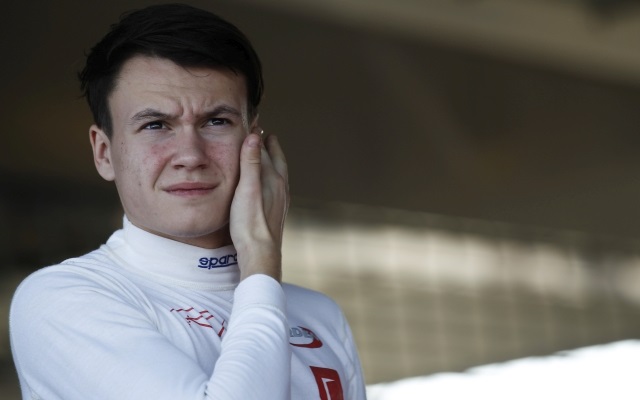 Romanian racer Robert Visoiu will complete the 2015 GP2 line-up of Italian squad Rapax, despite previously announcing plans to take a sabbatical in order to concentrate on his studies.

Visoiu, 19, started his racing career in Formula Abarth in 2011, where he took fourth.

In 2012, in his second season in single-seaters, he decided to enter GP3 where he impressively stepped on the podium in his second ever race in the series. With further three point-scoring positions, he ended up 14th in the standings.

His 2013 season saw him doing a dual campaign of GP3 and Auto GP. Visoiu showed improvement with two sprint race victories in his sophomore GP3 campaign, which he finished 11th.

In 2014, he stayed in GP3 for a third season which turned out to be less successful, with a sole podium at the Hungaroring and 13th in the standings.

Visiou will now make the step up for GP2 to team up with another rookie, Russian talent Sergey Sirotkin.

Rapax have been part of GP2 since 2010, when they sealed both titles with Pastor Maldonado. Their 2014 season saw Adrian Quaife-Hobbs and Simon Trummer taking 13th and 17th respectively.

?I am very excited for this opportunity,” said Visoiu.

“I have been working hard with [fitness partners] Pro Performance to be at my best and I am sure together with Rapax I will make good progress in 2015.

“It?s going to be an interesting year in which I will have to learn many new things, but I am sure that I will be able to develop a good pace and to be competitive. I am very excited and I am looking forward to the start of the season.”

“We are delighted to have such a young talent set to start his path in the GP2 Series with us,” said Gianfranco Sovernigo on behalf of Rapax.

“A driver like Robert, who is already a headlining figure in Romanian motorsport at the young age of 19, relied on Rapax and the team will try to assist him in the best possible way, providing our long-time experience and know-how. I wish Robert to experience an increasingly successful season, getting the satisfactions he deserves”.

With Visoiu completing Rapax’s lineup, only six seats remain for the forthcoming season.