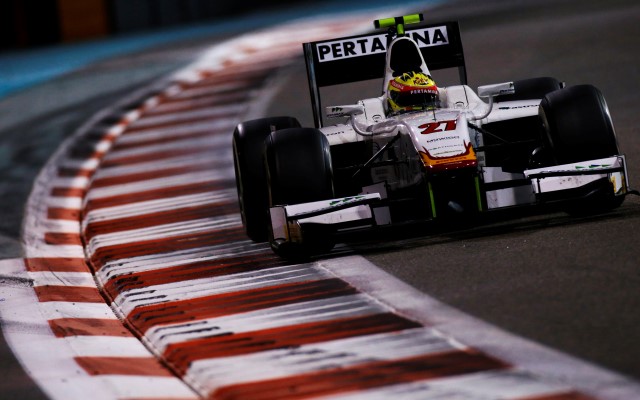 Rio Haryanto has signed with Campos Racing for the 2015 GP2 season, his fourth year in the category.

The Indonesian essentially returns to the Spanish entry that he competed for in 2013 when it was known as Addax under the ownership of Alejandro Agag, prior to Adrian Campos buying back the operation that he founded.

He joins the continuing Arthur Pic at the team, for whom he tested in Abu Dhabi last November.

A three-time race-winner during two years in GP3, Haryanto’s GP2 career has seen him score one podium in each of the last two years, but his debut season with Carlin remains his best championship result of 14th.

With Addax he scored a second place in the sprint race at Silverstone but only managed 19th in the final standings, while last year with Caterham yielded a Monaco podium after qualifying on the front row. He was 15th in the points.

?I am very happy to be back in GP2 this year and looking forward to working together with Campos,” he said.

“I feel that Campos Racing is a strong team and are very committed to success and Adrian is a good motivator.”

Campos added: “I would like warmly to welcome Rio Haryanto to Campos Racing. I am very pleased as he is an experienced driver. We are going to give him our full support to deliver good results together.?

Campos are the third team to complete their driver line-up for the coming season, joining top squads DAMS and Carlin.

Chudleigh makes Fortec switch for 2015 in Eurocup and NEC