Rio Haryanto came out on top of a thrilling three-way battle for victory in a rain-hit GP3 race at the Nuburgring on Saturday. Here’s more about the 18-year-old Indonesian…

Rio made the step from karting into single-seaters in 2008, contesting the Formula Asia 2.0 series for Formula Renault cars. He won one race and finished third in the standings. He also contested 10 of the 14 races in the Asian Formula Renault Challenge, taking two wins and finishing sixth in the final standings.

For 2009 he moved to the Formula BMW Pacific series, driving for the Meritus team. From the opening 10 rounds of the season he won six times (including an emphatic four wins from four races at his home meeting at Sentul in Indonesia). The final five races of the year were all won by guest drivers, with Rio being the top regular driver and therefore receiving maximum points and allowing him to take the title with ease. 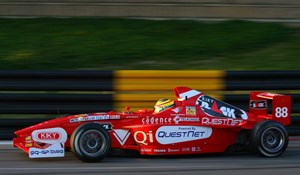 Haryanto was dominant in Formula BMW Pacific in 2009. Photo: BMW

2010 saw Rio make the move to Europe to contest the brand-new GP3 Series with Manor Racing. Despite his relative inexperience at the age of just 17 he won at the second round of the season at Istanbul. He scored a further two podium finishes at Silverstone and Monza to place fifth in the final standings.

As the top driver in the Manor team he was given the chance to test for the sister Virgin Racing F1 team at the end-of-season young driver test at Abu Dhabi. 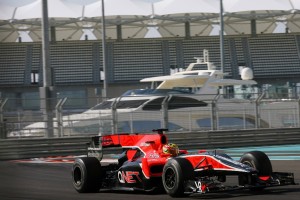 Rio has remained in GP3 in 2011, but failed to score any points in the opening three meetings of the year. He scored a fourth-place finish at Silverstone and then won in a rain-hit race at the Nurburgring, coming out on top of a late three-way fight for the win. He has also been racing in Auto GP for DAMS, finishing second in a race at Brno.

Talent rating: Rio was dominant in Formula BMW, and then shone in his first year in Europe in GP3 against more accomplished rivals. He has struggled this year so far but showed off his talent with his drive to victory at the Nurburgring. 6/10

Chances of getting to F1: Rio has attracted plenty of attention from his native Indonesia, and has good funding with it. He has already established links with the Virgin team, and also has time on his side to move into GP2 and do well there before making the step to F1. 8/10 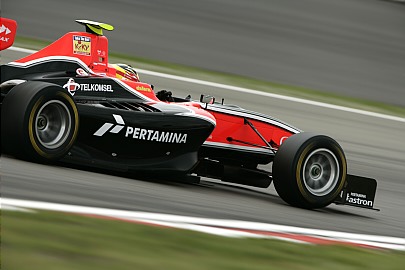 The next Flying Finn? Valtteri Bottas