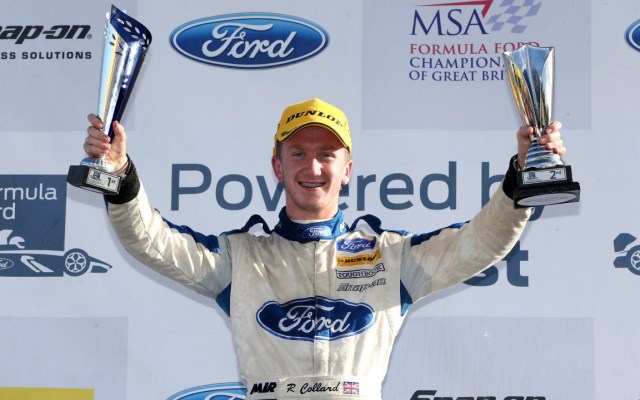 The 18-year-old Briton made his full-time debut in single-seaters last year in MSA Formula’s predecessor, Formula Ford GB. With five podiums for Falcon Motorsport, he finished as the second best Scholarship class driver and seventh overall.

“I am enthusiastic on the prospect of a new championship with such high backing,” said Collard, son of British Touring Car Championship racer Rob.

“With the aspect of a new championship brings with it new challenges for teams, because of this I feel the decision made to join Arden was one I couldn’t refuse. I’m sure Arden has the tools to command a championship winning car, it’s just up to me to continue working hard to reward them with a championship wining driver.”

Arden’s team principal Garry Horner added: ?We are very happy to sign Ricky to our junior team for the season ahead. He already has a year?s experience racing on the British Touring Car Championship package, so has invaluable track and Mygale-Ford knowledge. We have great confidence in Ricky leading the team to success.?

Gustav Malja joins Strakka for step up to Formula Renault 3.5