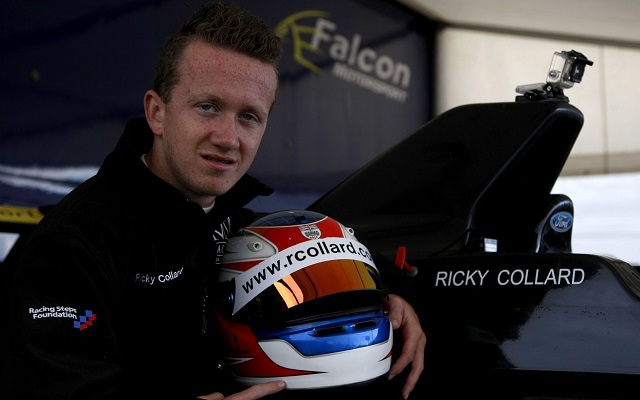 Collard, son of BTCC veteran Rob, switches to car racing after a lengthy career in national-level karting. He’s achieved numerous solid results in the KF3 and KF2 classes, with fifth and sixth in the Kartmasters British Grand Prix in the former category and seventh in the Super 1 National Championship in the latter.

He also finished eighth in the 2012 running of the CIK-FIA U18 World Karting Championship, having most notably secured a podium in the final race of the Angerville round.

Collard was backed by the Racing Steps Foundation throughout his karting career, but the partnership will seemingly not continue into single-seaters.

The 17-year-old joins 2013 runner-up Harrison Scott and rookie Chris Mealin in Falcon’s 2014 lineup. The team is also expected to field a fourth car for a yet to be announced driver.

“I am really grateful to have been taken on by Falcon”, stated Collard. “To drive in Formula Ford, especially with a team like Falcon, is a great honour. The experience that I will gain from driving the car will be massive, and so will working with Harrison; it has been really helpful during testing to discuss lines and set-up with him. It?s great to have one of the championship favourites as your team-mate.”