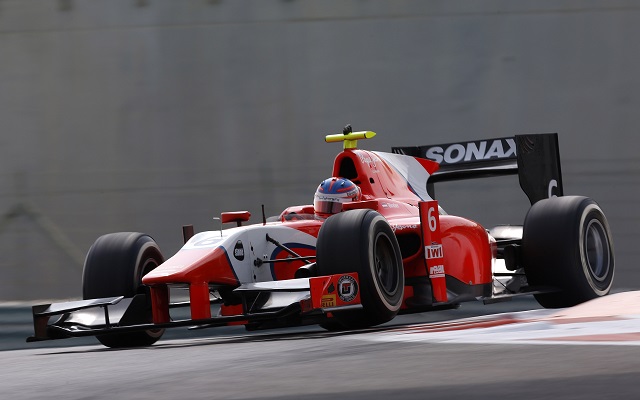 Austrian racer Rene Binder will stay on for a sophomore campaign in the GP2 series, having been confirmed as one of the race drivers for Arden International.

Binder, 21, has featured on the 2013 GP2 grid as part of Venezuela GP Lazarus and scored 11 of the team’s overall haul of 12 points, with a best finish of sixth in the reverse-grid race at Monaco.

Prior to racing in GP2, the Austrian has been bound to the German junior single-seater scene. He enjoyed a promising rookie campaign in ADAC Formel Masters in 2009 and subsequently went through three up-and-down campaigns in German F3, taking three victories in total.

“First of all I want to thank Garry Horner and Julian Rouse for their belief in my abilities”, said Rene. “We had a very good winter test in Abu Dhabi and I am pretty confident that Arden will give me their best support to make a big step forward in 2014. As for my training programme over the winter I will make sure that I will be physically and mentally well prepared. It?s going to be an interesting year and of course we also look forward to our home race in Spielberg.”

Arden finished eighth in the 2013 GP2 teams’ standings with a lineup of Johnny Cecotto and Mitch Evans. The Kiwi managed to secure four podiums for the squad, while the Venezuelan was on pole for the Monte Carlo round, before going off into turn one and causing a red flag.

“We are really pleased to have the opportunity to work with Rene in 2014”, added Arden manager Julian Rouse. “He fitted into? the team straight away in the Abu Dhabi test and was very competitive. He shows a very good approach and attitude to working hard at developing all the time as well as a lot of ability behind the wheel and so we are confident its going to be a really successful? season.”