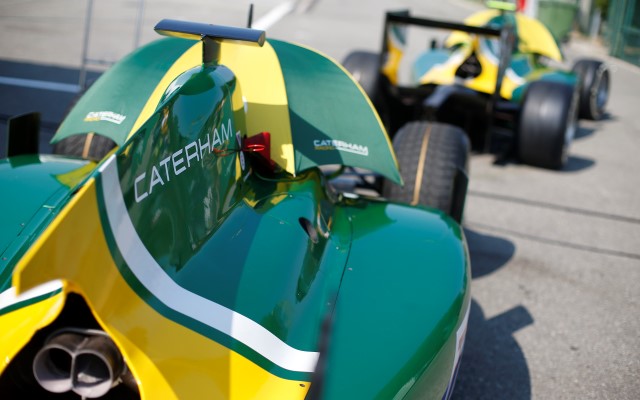 Facu Regalia, Will Stevens and Rio Haryanto will join the Caterham Racing GP2 team for post-season testing in Abu Dhabi next week.

Regalia – who takes a seven point lead into the GP3 season finale at the Yas Marina venue this weekend – will drive on the first day on Tuesday alongside team regular Alexander Rossi. Stevens and Haryanto will then take over the duties for Wednesday and Thursday.

Stevens is a member of Caterham’s academy programme and finished fourth in the Formula Renault 3.5 Series this year, and is known to be choosing between GP2 and FR3.5 for his 2014 plans.

Haryanto has raced in GP2 for the past two years for Carlin and Addax respectively, claiming a best result of second at Silverstone earlier this season. The Indonesian was formerly on the books of Caterham’s F1 rivals Marussia having won races with their Manor GP3 team.

Team Manager Phill Spencer is pleased with the driver line-up that they have attracted for the tests.

“We are delighted to have Will, Rio and Facu joining the team for the official GP2 test and it is great to have Alexander in the car for day one as he will be fresh from the race and is keen to support the team and help develop the car further,” said Spencer.

“It is always a pleasure to work with drivers such as Rio who already know their way around a GP2 car. He will be able to push right from the word go so we look forward to seeing how he performs. Both Facu and Will are very talented young drivers and we will provide them with all the support they need to ensure they complete a productive test programme.”

Rossi has scored three podiums for the team this year, while team-mate Sergio Canamasas has scored points on just one occasion.

“Before the test gets underway we remain 100% focussed on the final round of the championship in Abu Dhabi this weekend and hope to end the season on a high with both Alexander and Sergio,” added Spencer.