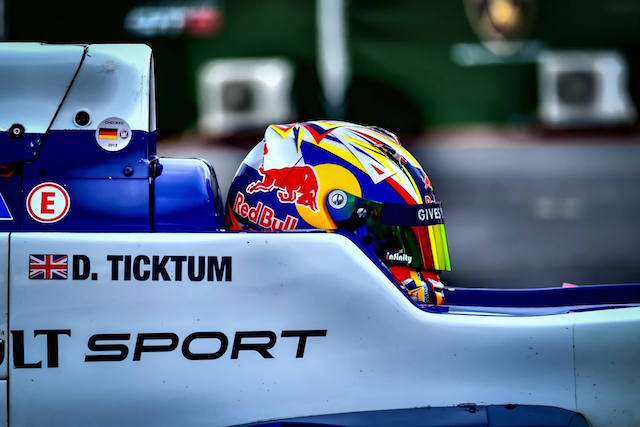 Red Bull has signed racing returnee Dan Ticktum and American champion Neil Verhagen to its Junior Team line-up ahead of 2017.

GP2 champion Pierre Gasly remains part of the programme and will race in Japan?s Super Formula this year, while Niko Kari and Richard Verschoor have had their respective moves to GP3 with Arden and Formula Renault with MP Motorsport confirmed.

Sergio Sette Camara and Luis Leeds have both parted with the scheme after single seasons, having already announced 2017 programmes in GP2 and Formula Renault respectively.

Both Ticktum and Verhagen will race in Formula Renault this year, with the former to drive for series newcomer Arden and the latter joining Verschoor at returning outfit MP Motorsport.

Ticktum raced with Red Bull support in MSA Formula (now British F4) in his rookie year of car racing, and also contested three Formula Renault events, but received a 12-month ban after causing an incident under safety car conditions in a race at Silverstone.

The 17-year-old returned to action in F3 at Hockenheim and Macau at the end of last year following a testing programme, and raced inside the top 10 at the latter event.

?Some people will know the mistakes I’ve made,? he said. ?I have changed my attitude massively and I cannot wait to prove that to everyone.?

Verhagen, who doesn?t turn 16 until next month, last year won the F1600 Championship Series in the United States.