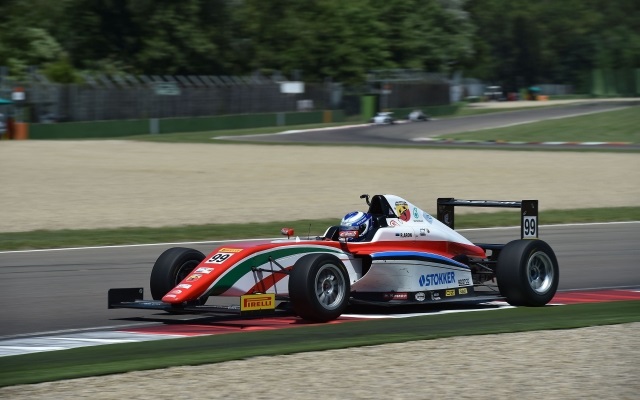 Ralf Aron topped both qualifying sessions at the third round of the Italian F4 season at Imola.

As a result, he will start races one and three from pole and both times he will be joined by teammate Guan Yu Zhou on the front row.

In the first session, the gap between the Prema duo was as close as it gets as the Estonian finished just a thousandth of a second ahead.

Another close fight between teammates decided fourth place on the grid with Mucke’s David Beckmann ending up in the position, followed by Robert Shwartzman with a gap of 0.002s.

Jenzer’s Marcos Siebert edged between the Prema and Mucke duo to take third.

Ferrari junior Zhou was leading the way in the final minutes of the second session, only to be dethroned by Aron.

Beckmann ended up third closely behind the leading two, while Joao Vieira, who was only 23rd in the first qualifying, rebounded in fourth.