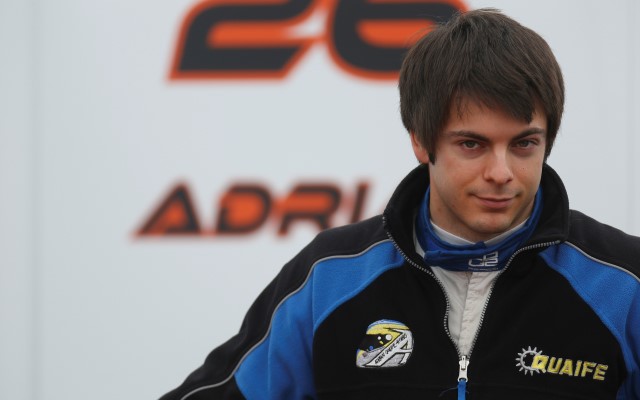 Adrian Quaife-Hobbs has switched to Hilmer Motorsport for the rest of the GP2 season, replacing Robin Frijns.

Reigning Auto GP champion Quaife-Hobbs moves across from MP Motosport. He is 16th in the standings, with a best result of second in Monaco.

Formula Renault 3.5 champion Frijns joined Hilmer on a round-by-round basis in Bahrain, winning the feature race in Barcelona and coming second in the sprint race. His only remaining points score came in the form of a sixth place last time out at the Nurburgring.

Quaife-Hobbs joins fellow Briton Jon Lancaster at Hilmer. Lancaster is sixth in the points, three spots ahead of Frijns, after reverse grid wins at Silverstone and the Nurburgring.

Quaife-Hobbs’ replacement at MP is set to be confirmed on Thursday.

Ghirelli to make GP2 debut with Lazarus in Hungary